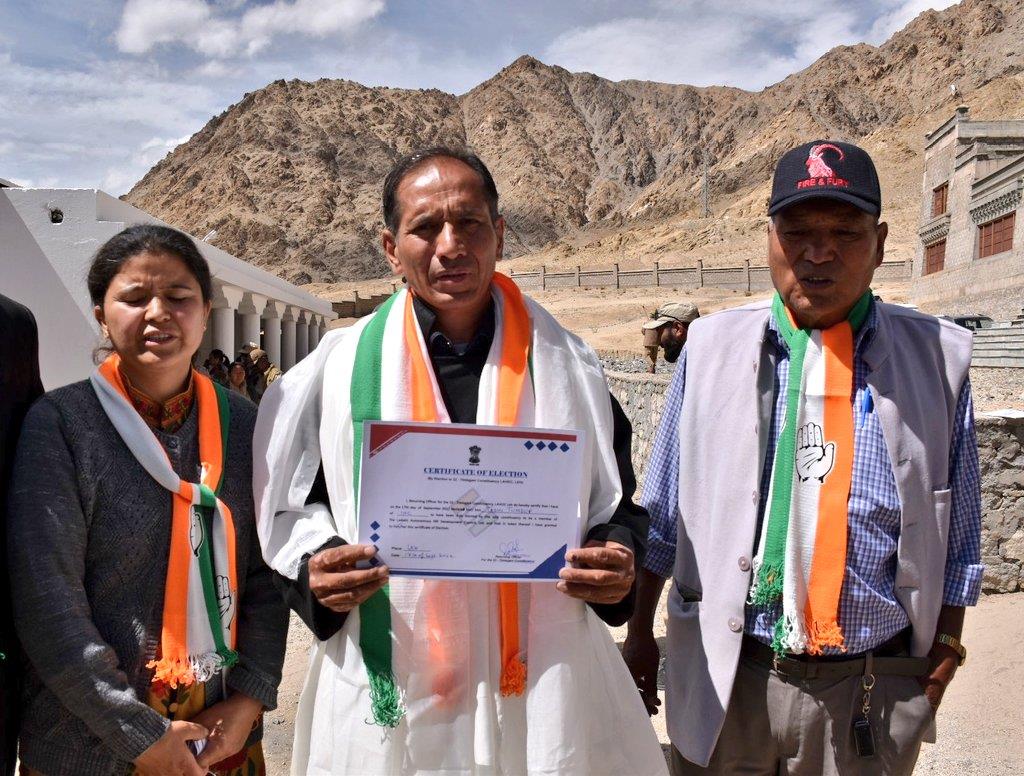 The Congress on Saturday retained Timisgam seat in the BJP-led Ladakh Autonomous Hill Development Council (LAHDC), with its candidate defeating the BJP candidate by 273 votes in the by-election, officials said.

Of the total 1460 votes cast, Congress got 861, BJP 588 and 14 NOTA were cast. Out of total 26 seats, BJP had won 15 in 2020 elections, Congress nine and two were independents. The by-election in the constituency was necessitated following the death of sitting Congress councillor Sonam Dorjey. The voting was held on September 13.

BJP was confident of its victory in Timisgam as party MP from Ladakh, Jamyang Tsering Namgyal, and other senior leaders including Chief Executive Councillor (CEC) Tashi Gyalson had vigorously campaigned for the party candidate.

Senior Congress leader and leader of opposition in council T Namgyal said, “People of Ladakh want the sixth schedule of the Constitution to be extended in the region to protect jobs, land and culture but the BJP failed in providing the same despite repeated demand and agitation.”

He said the local BJP leaders failed to reflect the feelings and aspirations of common people of Ladakh in front of their national leadership. “Congress will however keep raising the voice of people” said Namgyal.