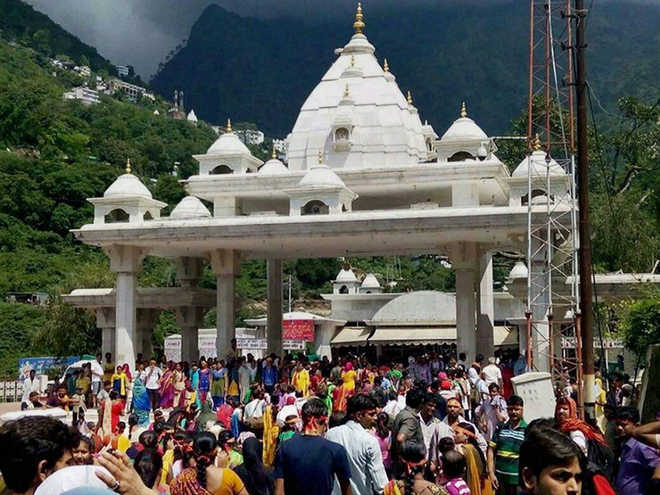 Vaishno Devi Yatra will resume on August 16, the shrine's board announced on Tuesday---a development that comes almost four months after it was suspended because of the coronavirus pandemic.

The announcement comes after Jammu and Kashmir Administration announced it was opening all religious places or places of worship across the union territory on August 16, a day after Independence Day celebrations.

The UT administration suspended the Yatra on May 18 as coronavirus pandemic began to take hold of the union territory as well as the rest of the country.

The UT's SOP said religious places could open for public from August 16. It, however, decided not to allow any religious procession and congregations till further orders.

The Administration said it would issue separate standard operating procedure (SOP) for opening of all religious places for public.

The executive committee headed by Chief Secretary BVR Subrahmanyam while issuing fresh guidelines for regulating activities within the union territory for effective containment of Covid-19 also decided to allow gyms and yoga centres to function by adhering to the SOPs.

Unlike the Centre’s decision on lifting curbs on the movement of individuals during night hours, the UT Administration has decided to continue the night curfew (from 10 pm to 5 pm) for which District Magistrates have been asked to issue specific prohibitory orders.

It also decided not to open schools, colleges, universities, educational, training and coaching institutions – including Anganwadi centres – till August 31.

“However, online/distance learning shall be permitted. Their offices can continue to function for administrative purposes,” said the committee.

The Administration also issued a fresh classification of the districts, with all districts of Kashmir valley, barring Bandipora, and Ramban district in Jammu region remaining in the red zone.

Doda and Kishtwar districts of Jammu region continued to remain in the green zone.

Here's the full text of the UT's SOP

--- Religious places can open for public from 16th August, 2020 onwards. Separate SOP will be issued for the some.

--- Religious processions and congregations will continue to be prohibited till further orders.

--- All districts of Kashmir in Red category, except Bandipora.

--- Gyms and Yoga centres can function by adhering to the SOP issued by MoHFW dated 3/8/20. 5/ lnter-district public transport permitted between orange and green districts.