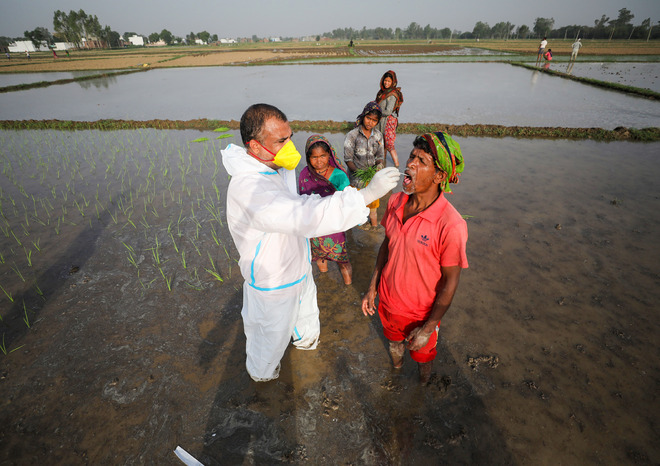 The Covid case positivity rate in Jammu district has dropped to 2%, while the recovery rate has improved to over 92%, a senior official said on Thursday.

Deputy Commissioner Anshul Garg said daily recoveries from the disease continued to outnumber new cases. According to Health Department’s figures, the district reported two deaths and 97 fresh cases on Wednesday, while the figures were two fatalities and 99 cases on Tuesday, and four deaths and 100 cases the day before.

Ladakh saw 55 new cases, pushing the tally to 19,385. So far, 195 Covid patients have lost their lives in the Union Territory

The DC also said 3,000 people in the 45-plus and the divyang categories had registered themselves for the doorstep vaccination. Under the SAKSHAM Covid mortality survey, 70 families had been identified so far for pension and scholarship. They will get the benefit after the verification procedure ends.