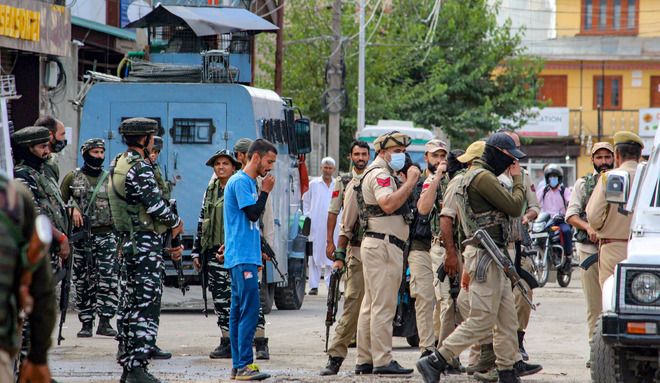 Security personnel cordon off the area amid search for militants after a grenade attack in Srinagar. PTI

A trooper of the Central Reserve Police Force (CRPF) and a woman were injured when militants hurled a grenade at the security forces in Srinagar district on Friday.

The police said militants hurled the grenade towards the residential quarters of the 29 CRPF battalion in the Chanapora area of Srinagar. “The grenade explosion resulted in injuries to a jawan and a local woman. The area has been cordoned for a search,” the police said.

Additional forces have reached the spot and a search operation has been started to nab the attackers. — IANS