To be put in public domain after discussion with associate members 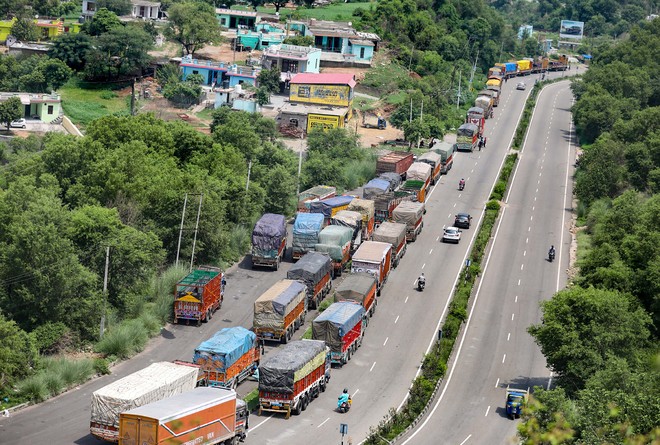 On its return from J&K, the Delimitation Commission has begun the work on preparing its first draft on redrawing Assembly constituencies of the Union Territory (UT), which will be put in public domain for consultation after sharing and discussing it with the associate members of the panel.

Officials close to the Delimitation Commission said the panel had begun the process of tabulating the data received from deputy commissioners and nearly 290 delegations comprising 800 representatives of political parties and people from other walks of life.

Jurisdictional boundaries to be realigned

The Commission, headed by retired Supreme Court judge Ranjana Desai, met the aforesaid people during its four-day visit to J&K between July 6 and 9, officials said. The other members of the commission are Chief Election Commissioner Sushil Chandra, as an ex-officio member, and the Chief Electoral Officer of J&K.

A senior official said, “Once the draft report is ready, the same will be shared with the associate members, including three Lok Sabha members from the National Conference (Farooq Abdullah, Hasnain Masoodi and Akbar Lone) and the BJP’s Jitendra Singh and Jugal Kishore Sharma. The members belonging to the National Conference (NC) had earlier boycotted the first meeting of the commission.

Now, since the NC had deputed its delegation to meet the Delimitation Commission during its visit to the UT earlier this month, officials said, after sharing the draft report, the panel “will hold a meeting with the associate members to obtain their views” before putting out the final draft for seeking public comments and challenges on redrawing the electoral boundaries.

According to officials, the panel is looking towards realigning the jurisdictional boundaries of some districts as segments of electoral constituencies fall in more than one district. Such districts are Ganderbal, Budgam, Kulgam, Anantnag, Kishtwar, Doda, Ramban, Reasi, Udhampur, Kathua and Samba.

This is necessary to ensure that a seat falls within one administrative unit, they said.

The urgency in the delimitation exercise is now being seen as the Centre appears to be keen on holding elections early next year and the commission has time till March 6, 2022 and the government has indicated “no extension”.

Once the delimitation exercise is completed, the number of Assembly seats in J&K will go up from 83 to 90 and 24 seats of the Assembly will continue to remain vacant as they fall under Pakistan-occupied Kashmir (PoK).