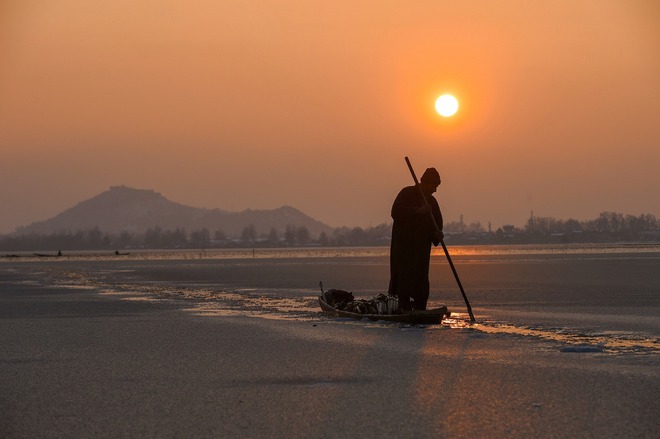 A vegetable vendor breaks the frozen surface of Dal Lake to row his boat in Srinagar. PTI

Morning fog affected pedestrian and vehicular movement in J&K on Tuesday as the gap between the maximum and minimum temperatures narrowed down in the Valley and Ladakh.

“Weather is likely to remain foggy and dry. Due to cloud cover, the gap between maximum and minimum temperatures has dropped down in the Valley and Ladakh,” an official of the meteorological (Met) Department said.

The minimum temperature was -0.9°C in Srinagar on Tuesday while the maximum was 4.1°C on Monday. This has made both the day and the night frosty cold for the locals.

Pahalgam had -5.3°C and Gulmarg -11.3°C as the minimum temperature on Tuesday.