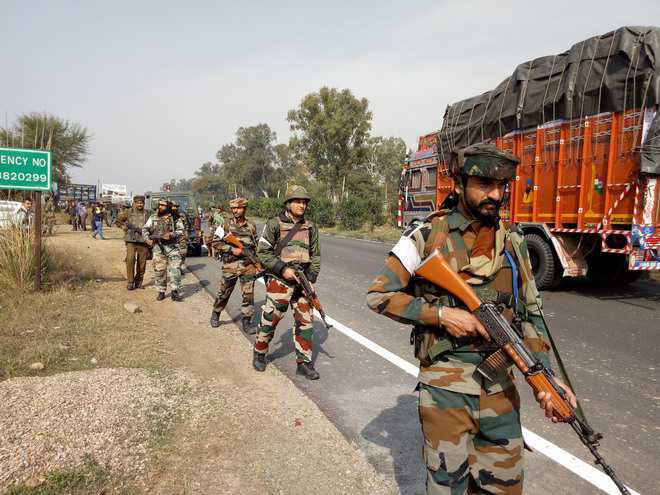 Security personnel launched a cordon and search operation around midnight in the Reban area of Sopore town.Image only for representational purposes.

Three militants were killed during a day-long encounter with the security forces at Rebban area of Sopore in north Kashmir on Sunday.

One of the militants has been identified as Usman of Lashkar-e-Toiba. He was involved in a recent militant attack in Sopore during which one CRPF jawan and one civilian were killed.

Though a cordon and search operation was launched around midnight, the encounter started at around 4 am in the morning as the security forces received inputs about the presence of militants in the area.

The operation was still on even as the police said it had recovered arms and ammunition besides “incriminating” material from the encounter site.

Yesterday, two militants were killed close to the Line of Control (LoC) after an infiltration bid was foiled in north Kashmir’s Nowgam sector of Kupwara district early in the morning.

As per the Army, 250 to 300 militants were present at launch pads across the LoC.