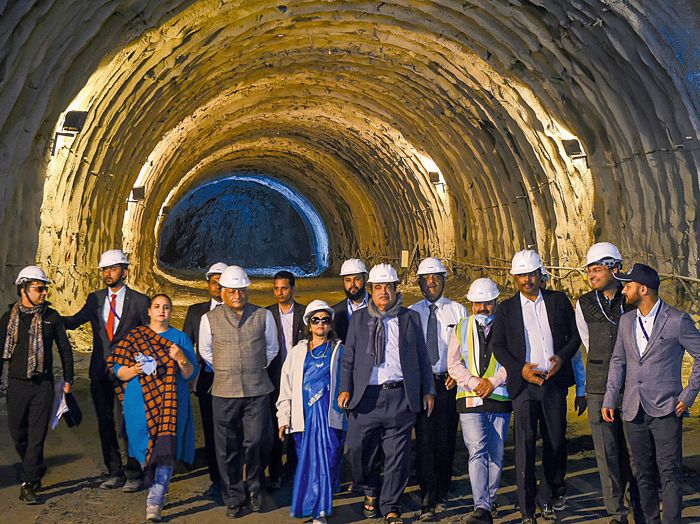 Setting an ambitious target, Union Road Transport and Highways Minister Nitin Gadkari today announced that the private contractor building the Zojila tunnel on the main highway connecting Srinagar with Leh had been asked to complete the project three years before the target.

“I have given them (the private contractors) a challenge to complete the work by December 2023 so that Prime Minister Narendra Modi can inaugurate the tunnel before the Republic Day on January 26 in 2024,” he said.

The 13.5-km tunnel, being built at a cost of Rs 4,900 crore, when ready, will play a key role in making the road (NH1) connecting Srinagar with Leh an all-weather one. At present, the road remains closed for vehicular traffic after the winter sets in as the area sees heavy snowfall.

The original deadline for the 11,000-foot high world’s “longest tunnel” project is December 2026. Gadkari was here to take stock of the project. At a press conference later, he said he was happy over the contractors’ work.

“We will like to flaunt the project during the elections to play our band,” Gadkari said.

Asked if speeding up of the project was advisable in view of the fragile nature of the Himalayas and the ecology of the region, Gadkari answered that the safety of the tunnel would not be compromised.

Earlier in the day, Gadkari inspected the 6.5-km Z-Morh tunnel near Sonmarg.

Development scenario to change in 2 years