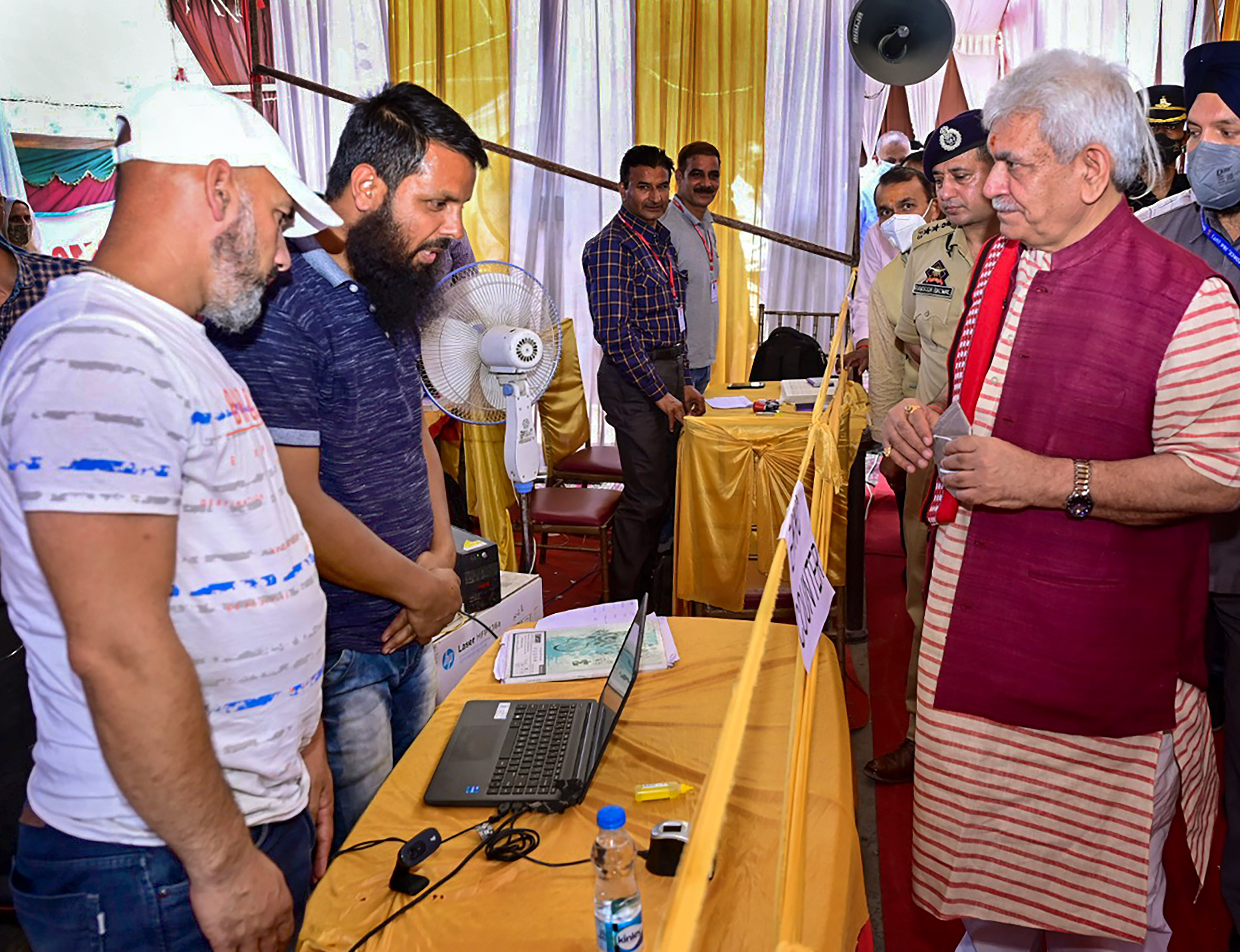 L-G Manoj Sinha interacts with volunteers at a transit camp for Amarnath pilgrims in Srinagar on Sunday. PTI

As clamour grows over scores of fresh fruit-laden trucks getting stranded on roads due to the convoys of pilgrims plying on the Jammu-Srinagar highway, Lieutenant Governor Manoj Sinha on Sunday said the administration was ensuring that the movement of perishable items did not face any hurdle and trucks were allowed during the notified time.

Sinha today visited the Shri Amarnathji Yatra transit camp at Pantha Chowk on the outskirts of Srinagar and interacted with pilgrims. He enquired about the facilities being extended to the pilgrims, besides conveying his greetings and best wishes to the yatris. Speaking to mediapersons on the sidelines of the visit, Sinha said the administration was ensuring that the movement of perishable items did not face any hurdle and trucks were allowed during the notified time.

Officials have been directed to ensure fruit growers, farmers and dealers transporting perishable items like fruits and vegetables do not face inconvenience on the national highway.

The selfless service of civil society, volunteers and locals have made a huge difference in administration’s effort to provide the best possible facilities to the pilgrims, Sinha said. “There is also perfect coordination among security forces. The number of pilgrims, who paid obeisance to Lord Shiva, has already crossed 50,000,” he added.

According to Sinha, proper security arrangements are in place. Security agencies have flagged a higher threat perception for this year’s yatra.