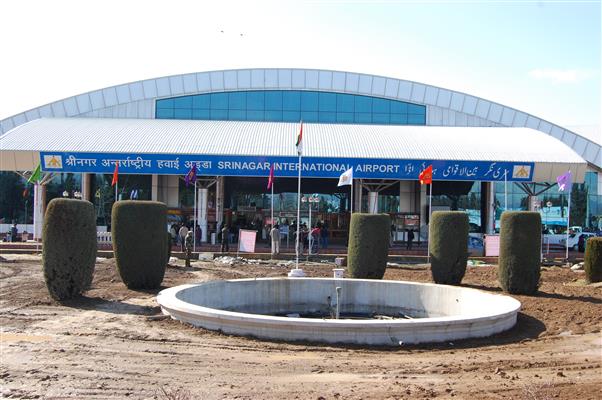 Some of the airlines have stopped taking fresh bookings for Srinagar sector to clear the backlog created by the flight cancellations. Tribune file

The air link between Kashmir and the rest of the country was restored on Sunday, a day after heavy snowfall in the valley forced cancellation of all flights here, officials said.

Heavy snow and poor visibility had forced the cancellation of all 40 flights scheduled to operate from the Srinagar airport on Saturday.

“The air traffic to and from Srinagar airport was restored on Sunday morning as flights arrived as per schedule,” an Airports Authority of India official said.

The official said snow had reduced visibility at the airport to less than 600 metres on Saturday.

Nearly 270 flights have been cancelled since January 4 due to inclement weather.

Some of the airlines have stopped taking fresh bookings for Srinagar sector to clear the backlog created by the flight cancellations. PTI