Last month, J&K administration served an eviction notice on Mufti to vacate the Fairview residence where she has been living since 2005 when her father Mufti Muhammad Sayeed was CM 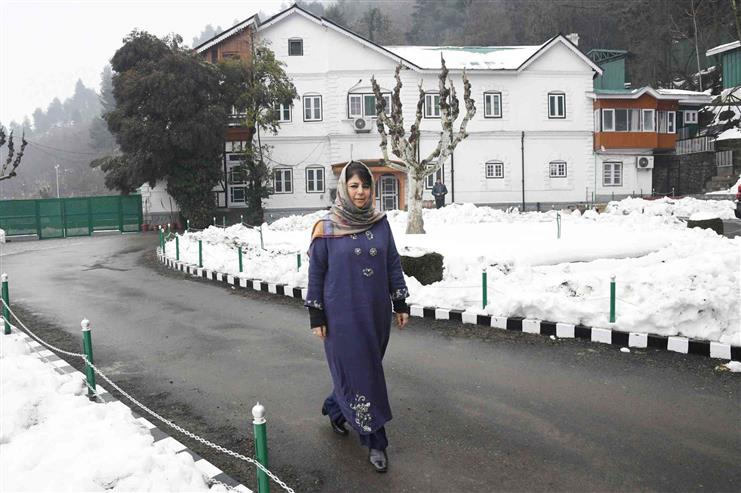 Former J&K chief minister Mehbooba Mufti on Monday vacated her official residence and shifted to a private house in Srinagar.

Mufti has vacated her Fairview residence at high-security Gupkar locality, which houses the residences of VIPs, and has shifted to a private residence in Khimber locality in Srinagar, said PDP spokesperson Najam-Us-Saqib.

Last month, the J&K administration served an eviction notice on Mufti to vacate the Fairview residence where she has been living since 2005 when her father Mufti Muhammad Sayeed was the Chief Minister of J-K.

On October 15, Mufti and many other former legislators, including Nazir Gurezi, were served notices to vacate their government accommodations.

In 2020, the Centre Government amended a state law which denies entitlement of government accommodations to former Chief Ministers and legislators.

The Fairview residence was formerly an infamous torture centre, known as PAPA-2.

Until 1989, it served as an official guest house but a year later, it was occupied by the Border Security Forces who named it PAPA-2.

It continued to function as an interrogation and torture centre until 1996.

In 2003, it was renovated and served as the residence of the then Finance Minister Muzaffar Hussain Baig.