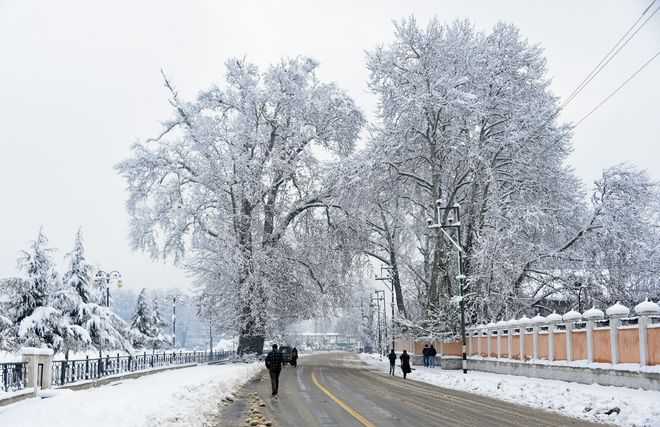 The traffic on the 270-km Jammu-Srinagar national highway and the Mughal Road was suspended on Saturday as heavy rain lashed several parts of Jammu with higher reaches experiencing first moderate snow, officials said.

He said falling of stones from hillock overlooking the highway were also reported from several places between the Ramban-Banihal sector, including Kela Morh and Moumpassi.

"Incessant rains are hampering the restoration work on the highway…It will take at least five hours to clear the landslide in Cafeteria Morh area after the rain stops," Malik said, adding the agencies concerned had kept their men and machines ready to carry out the road clearance operation.

Officials said the traffic on the Mughal Road, an alternative link connecting the twin districts of Poonch and Rajouri in the Jammu region with south Kashmir's Shopian district, was also suspended due to moderate snow at Peer Ki Gali and adjoining areas overnight.

A weather office spokesperson said moderate rain over plains and light to moderate snow was observed over middle and upper reaches during the last 12 hours.

The weatherman has forecast wet weather in the twin Union Territories of Jammu and Kashmir, and Ladakh for the next 24 hours and said there would be a significant improvement from October 24 afternoon.

Banihal in Ramban district recorded the highest 47.8 mm of rainfall during the past 12 hours till 8.30 am Saturday, followed by 33.8 mm in Katra, the spokesperson said.

He said Jammu recorded 12.8 mm of rainfall and a minimum temperature of 15.1 degrees Celsius, 1.6 degrees below normal. PTI