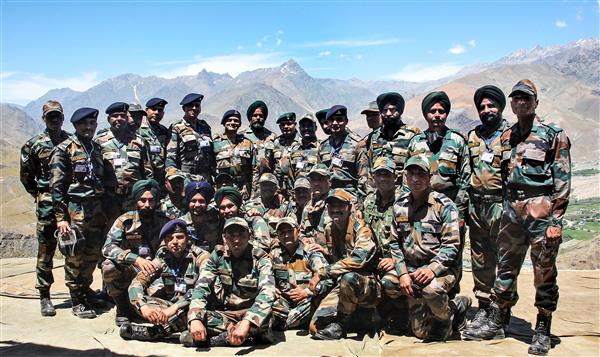 Soldiers during a special event for narrating the stories of Operation Vijay at Lamochen near Dras in Ladakh on Sunday. PTI

Under a unique effort, the Northern Command on Sunday organised a session under which gallantry awardees narrated stories of how the battles were fought during the Kargil conflict from May to July, 1999.

Called Operation Vijay, July 26 is observed as the Vijay Diwas. The storytelling was organised by the Army at Lamochen near Drass where the epic battles on Tololing, Tiger Hill, Pt 4875 and other prominent features were narrated.

Among the visitors were other gallantry award winners, widows and families of the brave men who lost their lives. The narration took everyone down the memory lane.