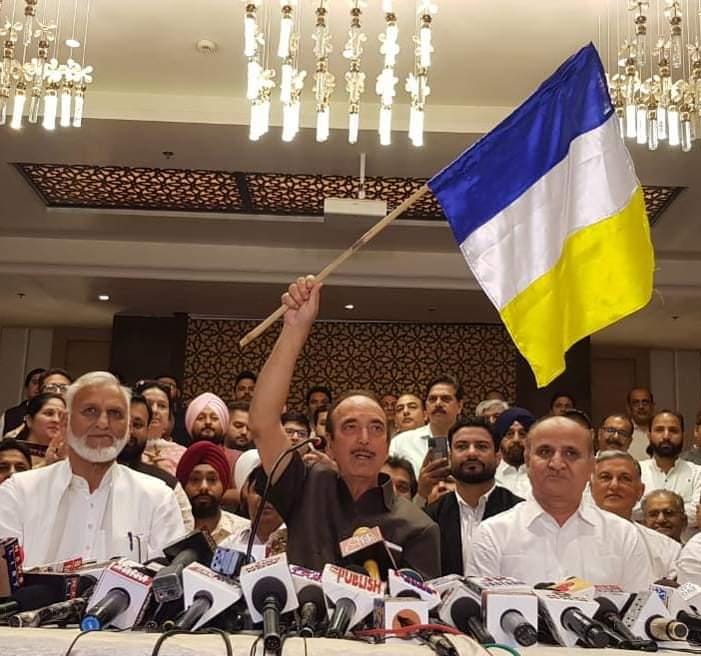 Azad who disassociated himself from the Congress and resigned recently during a press conference in Jammu said that he wanted to announce the name on the first Navratri “as it is an auspicious day”.

Flanked by several senior J&K leaders who also resigned from the Congress, Azad said that he received a list of over 1,500 names from party workers and leaders but he wanted a name that could be understood by people of all cultures and religions.

“We got 1,500 names from across the country. Some in Urdu and some in Sanskrit. But we wanted a name in Hindustani that could be understood by all after which this name was decided” said Azad.

He said that he also wanted democracy, peace and an independent name. “It should be independent from ideology. Opposition has alleged that Azad was working in tandem with the BJP after his resignation from the Congress.

Telling about the three colours in the party flag, Azad said that mustard means creativity, blue depth of ideas and independence and white peace. The leader said that walls have been created among different communities in Jammu and Kashmir that needs to be brought down.

Azad said that 50 per cent representation in the party will be given to women and youth as it is important that besides experienced leaders, "we also empower women and give an opportunity to youth leaders".