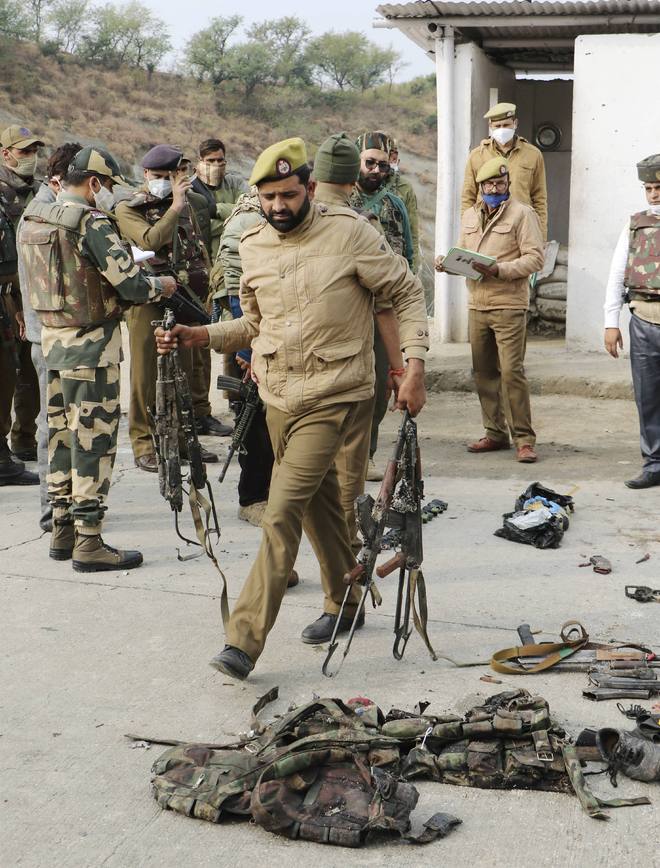 Foreign Secretary Harsh Vardhan Shringla on Monday briefed a select group of heads of missions on the planned terrorist attack in Nagrota district in Jammu, which was foiled on November 19.

In what will be the first of several briefings to be conducted by the MEA in small groups in view of the pandemic, Shringla explained the implications of the incident on security, diplomacy and the battle against terrorism.

“Other Secretaries will also be briefing heads of missions in their areas of jurisdiction. The idea is to share information as widely as possible with the international community,” said sources here. The envoys briefed were from the G-8 group as well as a few other major nations that are directly handled by the Foreign Secretary.

The decision to brief the envoys was taken last week at a security review meeting chaired by Prime Minister Narendra Modi. Shringla had attended the meeting along with National Security Adviser Ajit Doval, Home Minister Amit Shah and senior intelligence officials. The meeting was told that the terrorists were planning to do “something big’’ on the anniversary of the Mumbai attacks.

The envoys were provided with a detailed information docket giving the details of the incident as it transpired as well as a list of items and weapons recovered from terrorists “clearly indicating” their Pakistani origins, added the sources. They were also briefed on how the terrorists got into India which is now clear through the discovery of an underground tunnel in the Samba sector. Shringla also shared with them the preliminary investigations by the police and intelligence authorities as well as the markings on the recovered AK-47 rifles and other items that led South Block to believe that the terrorists belonged to Pakistan-based Jaish-e-Mohammed (JeM).

The government believes the incident is part of Pakistan’s ongoing terror campaign in J&K. In 2020, there have been 200 incidents of terrorist violence and killing of 199 terrorists, the Foreign Secretary told the envoys.