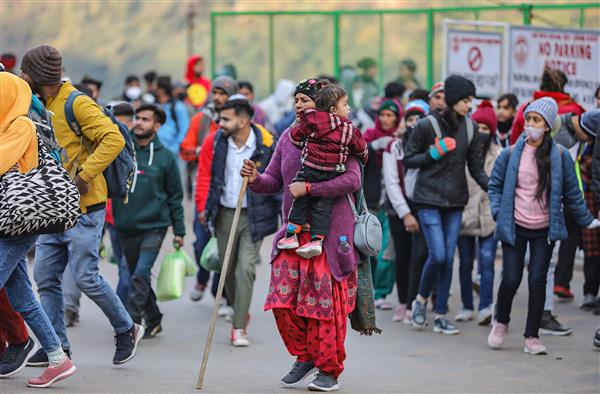 The stampede on the night of December 31 had left 12 dead.

A Division Bench of the High Court of J&K and Ladakh comprising Chief Justice Pankaj Mithal and Justice Sindhu Sharma gave the J&K administration one month to file its reply on a PIL seeking to make public the inquiry report on the stampede at the Vaishno Devi shrine.

On the intervening night of December 31 and January 1, as many as 12 devotees died and over 20 injured during a stampede near the temple. A committee was constituted to hold an inquiry into the incident on January 1. It has been nine months but the government has so far not made the findings of the report public.

A PIL was filed by advocate Sheikh Shakeel Ahmed through advocate HA Siddiqui wherein the former sought directions to the administration and Shri Mata Vaishno Devi Shrine Board (Katra) to fix the accountability of officials concerned for the incident.

After hearing advocates AV Gupta and HA Siddiqui, the Bench observed that Additional Advocate General Raman Sharma appearing for the administration had sought time to seek instructions in the matter. The Bench gave a month’s time.

The Bench on the request of advocate Adarsh Sharma appearing for Shri Mata Vaishno Devi Shrine Board, Katra, also granted him time to file a response.

Report not made public