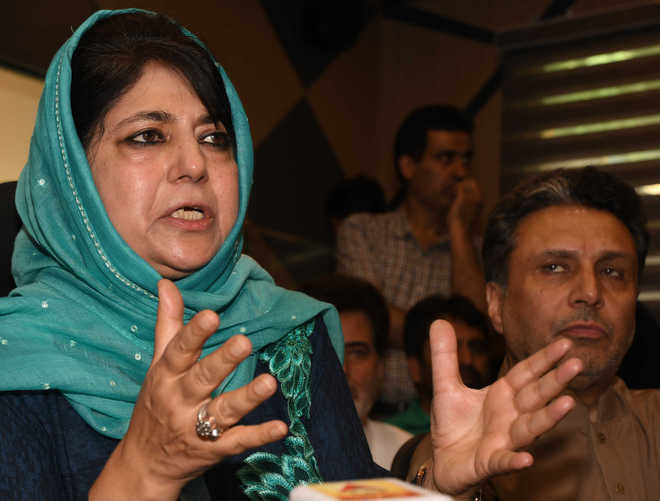 The Delhi High Court on Friday refused to stay summons issued to J&K ex-CM Mehbooba Mufti by the Enforcement Directorate (ED) in a money laundering case.

A bench of Chief Justice DN Patel and Justice Jasmeet Singh said they were not granting any relief to the PDP leader. The 61-year-old leader, who was released last year after more than a year in detention following the scrapping of J&K’s special status, has been served notice to appear at the ED headquarters in the national capital.

The court asked the ED to file a short note of submission along with compilation of judgements relied upon by them before the next hearing date on April 16. It also asked Mufti’s counsel to file their short note.

Solicitor General Tushar Mehta, representing the ED, said Mufti just had to appear before the officials. The ED, which had earlier summoned Mufti for March 15, had not insisted for her personal appearance at that time. She has now been summoned for March 22 by the ED, also represented through Additional Solicitor General Chetan Sharma and advocate Amit Mahajan.

Senior advocate Nitya Ramakrishnan, representing Mufti, urged the court to ask ED not to insist for her personal presence as was done earlier. To this, the Bench said, “We are not giving any stay. We are not granting any relief.”

Mufti has sought quashing of summons issued to her by the ED in a money laundering case. She has also sought to declare Section 50 of the Prevention of Money Laundering Act as void and inoperative, being unfairly discriminatory, bereft of safeguards, and violative of Article 20(3) of the Constitution.

Section 50 of the Act empowers the authority, that is, officers of ED, to summon any person to give evidence or produce records. — PTI

Srinagar: PDP president Mehbooba Mufti has said Pakistan Army Chief’s statement calling for better ties with India has provided a good opportunity for the two nations to set aside hostilities and find a lasting solution to the Kashmir problem. A day before, General Qamar Jawad Bajwa said both nations should bury the past. PTI