Hyderpora encounter: Hope we will get justice, says Bhat’s brother 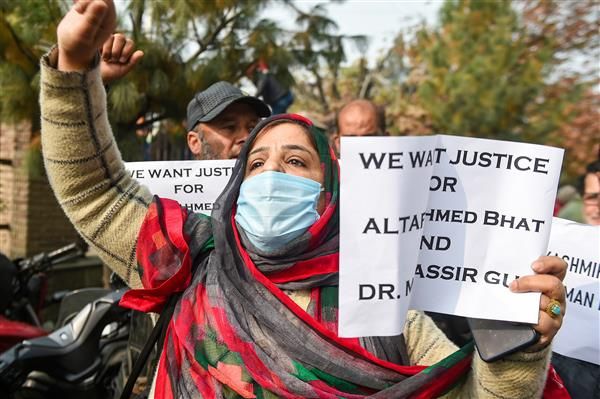 The family of one of the civilians killed in the Hyderpora encounter expressed gratitude to J&K Lieutenant Governor Manoj Sinha on Thursday for ordering a magisterial inquiry.

Interacting with reporters, Altaf Bhat's brother Abdul Majeed said the family also demanded that the killers of his sibling be brought to justice. A controversy has erupted over Monday's encounter following conflicting claims about the two deceased as their family members contested the police's charge that they were "terror associates".

"I am thankful to the Lieutenant Governor for ordering an inquiry. I am thankful that my oppressed voice was heard by someone. I have only one request to L-G Manoj Sinha, I want the body of my brother returned to us and the killers of my innocent brother brought to justice," Majeed said.

He said that after the announcement of the inquiry, he was hopeful that the family will get justice.

He stressed on getting the body returned to the family as "his (Bhat's) children want to see the face of their father one last time,” Majeed said.

He hoped that the family would get justice soon. — PTI