In anti-militancy operations in J-K, 7 militants killed since Monday night 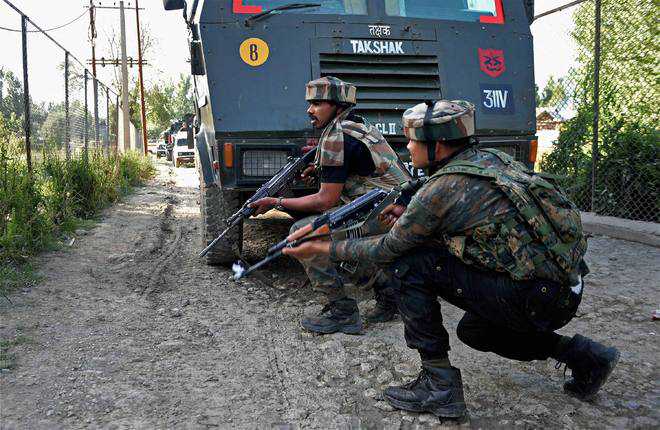 These include the one involved in gunning down of a street hawker from Bihar.

Two militants were killed on Monday night while the remaining were eliminated after several hours of gunfight since Tuesday morning.

Official sources said that while one militant each was killed in Anantnag and Bandipora, five were killed in different encounters in Shopian, including Mukhtar Shah responsible for the killing of Virender Paswan.