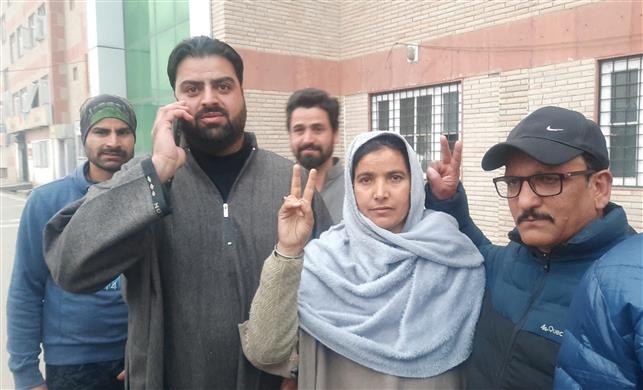 Majeed got 3,259 votes while her nearest rival Shabnam Rehman got 3,220 votes. Nazah Bano got 2,706 votes against Peoples Conference candidate Ateeqa Begum’s 2,283 votes. The candidates of the Bharatiya Janata Party (BJP) in the two seats fared poorly, managing less than 1,000 votes each.

The bypolls for these seats were necessitated after objections were raised against two women candidates who hail from Pakistan-occupied Kashmir but are married to local men, leading to a legal battle. Not only were the two women barred from contesting the elections, their names were also struck off from the electoral rolls. — PTI