Inoculations in progress in jails 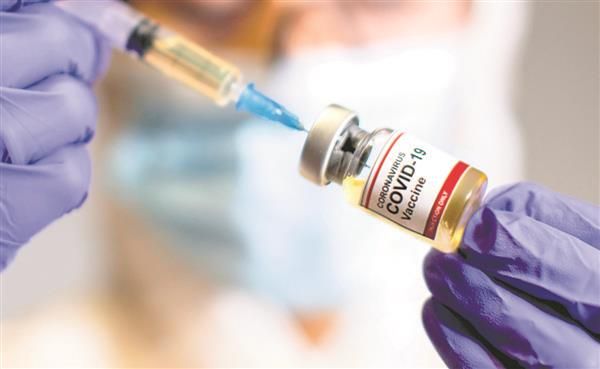 The Covid-19 vaccination of eligible jail inmates is in progress and was started from the ‘holding centre' housing over 200 illegal immigrants from Myanmar here, Director General of Police, Prisons, VK Singh said on Saturday.

He said there were no Covid positive cases among over 4,500 inmates in any of the 13 jails across the UT, which is a “big achievement” despite the lethal second wave which forced the department to suspend the physical meeting of the inmates with their relatives for their safety.

“The vaccination drive was started on April 6 from the Holding Centre, Hiranagar, in Kathua district, where 58 eligible internees were inoculated. Srinagar central jail saw 38 inmates being vaccinated against the dreaded infection on April 16 and another group of 16 inmates received a jab in the District Jail, Rajouri, on April 19,” Singh said.

A total of 201 Rohingya refugees, including 74 women and 35 children, are presently lodged in the Holding Centre after they were found living illegally in Jammu city during a special verification drive in March.

According to government data, over 13,700 foreigners, including Rohingya Muslims and Bangladeshi nationals, are settled in Jammu and Samba districts of Jammu and Kashmir, where their population has increased by over 6,000 between 2008 and 2016.

“The vaccination drive is in progress and will be intensified once adequate stocks of vaccines are available,” the DGP said.

Against a total capacity of 3,426, there are 4,550 inmates lodged in 13 jails across Jammu and Kashmir. The inmates include over 1,000 suspected terrorists and 69 foreign nationals — 24 from Pakistan, 13 from Pakistan-occupied Kashmir (PoK), 15 (Burma), eight (Nepal), five (Bangladesh), three (China) and one (Holland).

On the directions of the Supreme Court to decongest jails to ensure social distancing among the prisoners after the outbreak of the pandemic last year, the high-powered committee released 4,204 inmates on bail and 41 others on parole till March this year.

“The Covid situation inside the jails is well under control as none of the inmates are positive for the infection. Given the prevailing situation, it is a big achievement for the department,” Singh said.

While two elderly prisoners, one each from the District Jail, Rajouri, and Sub-jail, Bhaderwah, having comorbidities had succumbed to Covid, 542 prisoners recovered from the infection after successful treatment and various measures put in place by the department for the safety of the prisoners, he said. — PTI