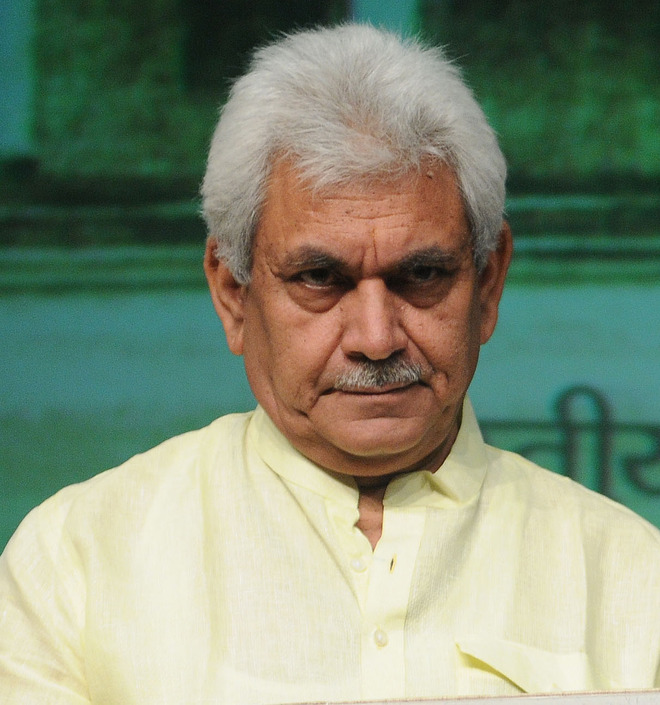 Jammu and Kashmir Lt Governor Manoj Sinha has assured political parties of smooth campaign for the upcoming local body elections and said the polls would go a long way in strengthening Panchayati Raj institutions in the Union Territory.

Responding to a letter by CPI(M) leader Mohammed Yusuf Tarigami who had raised the issue of candidates being kept away from their constituencies and not being allowed to campaign, Sinha said he had taken note of the concerns and conveyed "necessary instructions".

Tarigami, a former MLA from the militancy-hit Kulgam district of south Kashmir, had informed the Lt Governor that after filing their nomination papers, the candidates were not allowed to campaign due to "perceived threat to their lives" and had been bundled in "cluster accommodation".

"Confining candidates against their wishes has severely restricted their movement and ability to campaign. Even in some cases, they are not allowed to attend party meetings," read the letter.

Tarigami said that there had been instances that rival candidates were sent in the same vehicle and asked to campaign together.

"Several candidates from far-off places were sent to hotels in Srinagar soon after they filed the nomination forms last week. Not just the voters, but the families of the candidates are also concerned," he said.

In his response, the Lt Governor said, "I am sure that the coming elections will go a long way in strengthening the Panchayati Raj Institutions."

The former MLA said such arrangements were a big concern and there was a lot of dissatisfaction on ground over it.

"Who wins and who loses, the decision must lie on the electorate. Democracy must finally win. For that the process must be made secure and credible. It is advisable not to put avoidable restrictions on the contesting candidates and instead their legitimate movement for the campaigning in their respective areas must be effectively facilitated," he said.

The CPI(M) is part of the newly formed People's Alliance for Gupkar Declaration (PAGD) which comprises the National Conference, the PDP and four other local parties.

The PAGD was formed to work for the restoration of the special status of the erstwhile state democratically and legally.

The Jammu and Kashmir will go for an eight-phase District Development Council elections beginning November 28. PTI