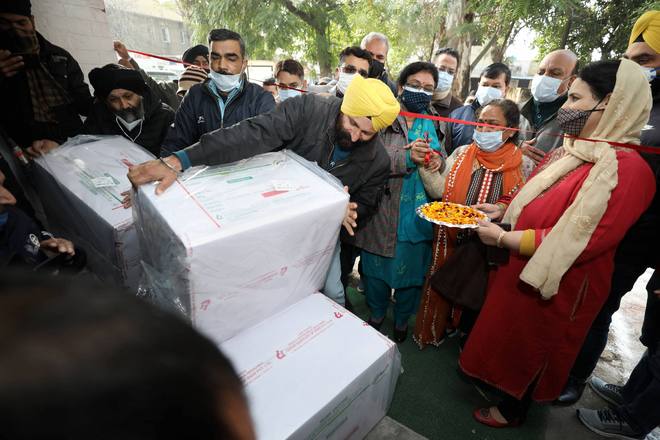 The first consignment of Covid vaccination arrives at a storage facility in Jammu on Wednesday. PTI

While 79,000 doses were received here for vaccination of nearly 60,000 healthcare workers in the Kashmir valley, 67,500 vaccines were received in the Jammu division, they said.

The officials said the vaccination would begin on Saturday at 30 centres across the Union territory.

“To begin with, inauguration ceremonies will be held at SKIMS hospital, Soura, in Srinagar and Government Medical College, Jammu, where Lt-Governor Manoj Sinha will be present,” they said.

Besides these two, there are 14 immunisation centres each in the Kashmir valley and the Jammu division.

The officials said in the first phase, healthcare workers across the Union territory would be given shots while frontline workers would be covered in the second phase. — PTI