Jammu and Kashmir set to lose representation in Rajya Sabha : The Tribune India

Jammu and Kashmir set to lose representation in Rajya Sabha

Political parties in the UT are demanding elections and restoration of statehood. 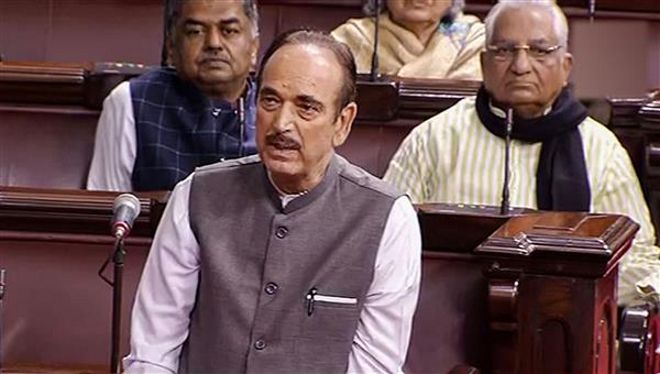 Jammu and Kashmir is set to lose its representation in the Rajya Sabha after the retirement of four members from the erstwhile state, including Congress’ Leader of Opposition Ghulam Nabi Azad.

The erstwhile state’s Assembly has been dissolved so it cannot elect new members to the Upper House. After the abrogation of Article 370 and bifurcation of J&K into two Union territories, no Assembly election has been conducted and J&K can only send members to the Rajya Sabha after the new Assembly is in place.

Political parties in the UT are demanding elections and restoration of statehood.

During the discussion on the motion of thanks, former J&K Chief Minister and Leader of Opposition Azad said that even late Prime Minister Atal Bihari Vajpayee never asked for bifurcation of the state but the Modi government has done that and converted it into a Union territory.

Azad said, “I request the Prime Minister to restore the statehood of J&K and conduct elections.” He said, “When the state government was there, there was much development, less militancy and law and order was better.”

“Tourism is down in the state and people are sitting at home, education has been finished, how can there be development without schools. And because of internet issues, online classes cannot be conducted.”

But he congratulated the government for conducting the District Development Council (DDC) polls in J&K. The Congress leader claimed the people were unhappy due to scrapping of Article 370.—IANS