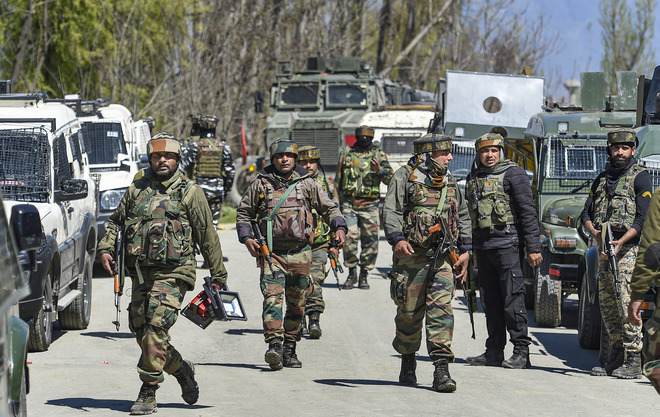 Inspector General of Police (IGP), Jammu zone, Mukesh Singh visited Kishtwar on Sunday and reviewed the security situation in the hilly district with a focus on anti-militancy operations, police said.

The IGP also reviewed the crime position and overall functioning of the Kishtwar police with all supervisory officers, including station house officers (SHOs) and investigating officers, at the District Police Lines, a spokesperson of the force said. Accompanied by Deputy Inspector General (DIG), Doda-Kishtwar-Ramban range, Abdul Jabbar and Senior Superintendent of Police, Kishtwar, Shafqat Hussain, the IGP visited Marwah, where he conducted the assessment of the security situation and the status of anti-militancy operations.

He also held a "darbar" (meeting) with the personnel of the Special Operations Group, the anti-insurgency wing of the local police, the spokesperson said.

The IGP also interacted with the religious heads of the Sanatan Dharam and the Majlis-e-Shura, Kishtwar and asked them to help the police in maintaining law and order in the district.

He gave a patient hearing to the issues of both communities and promised redressal of grievances in the shortest possible time, the spokesperson said, adding that the members of both the communities assured the IGP that they would work for communal harmony, peace and amity.