Jammu-Srinagar highway shut for traffic due to shooting stones in Ramban : The Tribune India 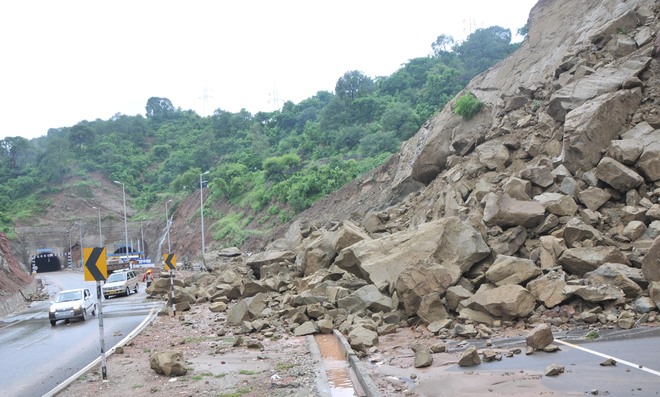 Photo for representation only. Tribune

The Jammu-Srinagar national highway was shut for traffic due to mudslides and shooting stones in Ramban district early on Wednesday, leaving hundreds of vehicles stranded, officials said.

A convoy carrying Amarnath pilgrims, which was on its way to Kashmir, was halted at Chanderkoot due to the blockade.

Officials said shooting stones struck the highway, the only all-weather road linking Kashmir with the rest of the country, at Mehad.

The traffic police has issued an advisory asking commuters to use the Mughal road connecting Poonch district of Jammu region with Kashmir's Shopian district.

"However Jammu-Srinagar highway is still blocked. People are advised not to travel on the highway without confirmation", it said.