Rival parties in Jammu ask why does it doesn’t ask for amendment of 2019 central law; BJP sources claim the number of seats of the Jammu region expected to increase by ‘four, one more than Kashmir’ 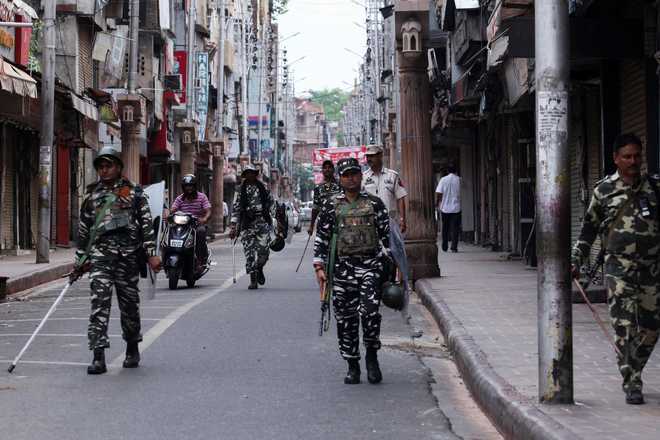 The delimitation process in Jammu and Kashmir on the basis of the 2011 Census will end by March 2022, “expectedly with an increase of seven seats” in the next Assembly.  However, controversy over the exercise is continuing, with BJP leaders from the Jammu region on Wednesday again opposing the redrawing of constituencies on the basis of the 2011 Census alone, calling the data “not credible”.

While some in the BJP have demanded that electoral rolls are taken into account to determine the populations of the provinces, some have called for Aadhar data to be made the basis of delimitation exercise being done. Former deputy chief minister Kavinder Gupta on Wednesday said:  “Delimitation should be carried out on the basis of Aadhar data” because the 2011 Census “did not appear credible”.  “Population of Jammu has been deliberately shown less than Kashmir region,” he said.

However, parties opposed to BJP in the Jammu region are questioning its “mere rhetoric”.

“If they are so opposed to the 2011 Census being the basis of the exercise, they should ask for the amendment of the central law passed by the Narendra Modi government in 2019,” says Ankur Sharma, the chairman of right-wing IkkJutt Jammu.

Sharma, who was among the first to raise the voice on the issue, says for “delimitation on 2021 Census, Section 14 (7); 62(1)(b) & 63 of the Reorganisation Act needs to be amended by the Parliament.  Defreezing PoJK Seats need amendment in S.14(4) (a) & (b) of the Act. Parties demanding these from Delimitation Commission are backstabbing Jammu. The delimitation in J&K is being done on fraud, fudged anti-Jammu 2011 Census”.

Notably, the Jammu and Kashmir Reorganisation Act, 2019, framed by the Modi government following the scrapping of the special status to J&K had fixed the 2011 Census as the basis of delimitation.

Sharma also questions how Jammu’s population grew at a slower pace than Kashmir’s from the 2001 Census, "despite the large-scale migration of Pandits and Sikhs from the Valley to Jammu following the rise of militancy in the 1990s". “Due to migration within and outside the state on account of Hindu and Sikh Genocide in Kashmir, the percentage growth in Kashmir’s population should have been lower but it grew by 26 per cent post-1991,” he says

Meanwhile, BJP leaders claim Jammu’s share in the “new seats will be one more than Kashmir”.

They also say that the end to the 149-year-old official practice of rotating the seat of governance between the twin capitals of Srinagar and Jammu called the “Darbar Move” is a “positive move in favour of Jammu”.

In June, J&K L-G Manoj Sinha ended the practice of the biannual “Darbar move”. Now both the Jammu and Srinagar secretariats can function normally for 12 months.