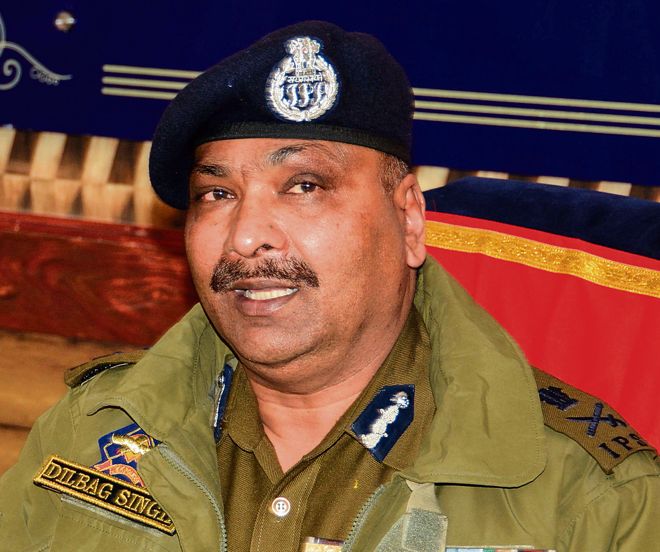 Drones have added a new dimension to security threats from terror groups and investigations into the attack on the Jammu IAF station last month show the involvement of “non-state actors” supported by state actors, such as the ordnance factory of Pakistan, J&K DGP Dilbag Singh said on Tuesday.

He also pointed out that in the past, drones from across the border had been used to drop currency, arms and ammunition on the Indian territory and with the introduction of unmanned aerial vehicles (UAVs) in terror activities, more efforts are required to see to it that this new and emerging threat is neutralised effectively.

Singh, a 1987-batch IPS officer, spoke on various issues, and these included the present situation on the militancy front and the new threats that have emerged with the use of drones by terror outfits like the banned Lashkar-e-Toiba (LeT).

“Drones have come recently. First, that came as a big surprise, but we were able to gear up our resources to counter that threat. We were able to intercept around 32 sorties out of roughly 40 sorties which were made,” he said.

“Picking up this kind of a target has added a new dimension to our security threats from terrorists,” Singh said.

When asked to give details of investigations into the drone attack on the IAF station in Jammu, he said the probe suggests a couple of things, like the flight path of the drones suggests they came from Pakistan right to the airfield, and the aerial distance from the IAF station to the international border is 14 km. The second and most important part that emerged during the investigation was the expert opinion “suggesting the IEDs might have been fabricated by a well organised unit, such as an ordnance unit,” the DGP said.

The other aspect was that the explosive material which was used in the IEDs was RDX and this is not available in the open market. It is a military grade explosive material and definitely must have been sourced from a government agency from across the border, he said. — PTI