Kashmir continues to reel under sub-zero temperatures : The Tribune India

The Valley braces for a brief wet spell later this week 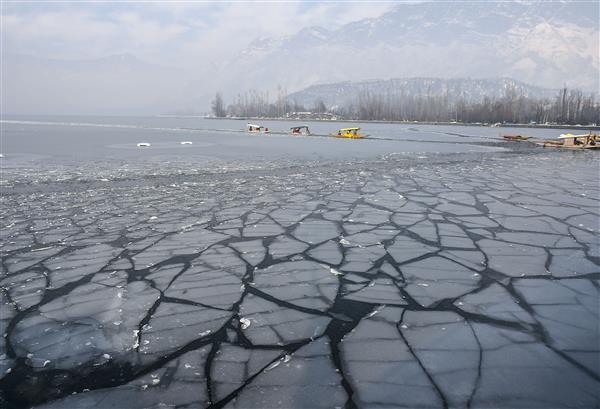 There was some respite from the intense cold wave conditions in Kashmir but the mercury settled below the freezing point across the Valley which braces for a brief wet spell later this week, officials said here on Tuesday.

Srinagar, which had on Monday recorded the coldest night of the season at minus 3.4 degrees Celsius, witnessed a low of minus 2.2 degrees Celsius last night, an official of the MET department here said.

The night temperature was lower at the ski resort of Gulmarg in north Kashmir's Baramulla district, which recorded a low of minus 3.5 degrees Celsius, a slight drop from minus 3.2 degrees Celsius recorded on Monday.

Pahalgam in south Kashmir's Anantnag district was the coldest recorded place in the Valley at minus 3.8 degrees Celsius.

The meteorological department has forecast dry weather but haze till December 8.

A fresh western disturbance is likely to affect Jammu and Kashmir and adjoining areas from December 9, under the influence of which there is a possibility of light snow over the plains and lower reaches, and light-to-moderate snow over the middle and higher reaches over the next two days, the MET department said.