Victim had no travel history; authorities appeal for calm 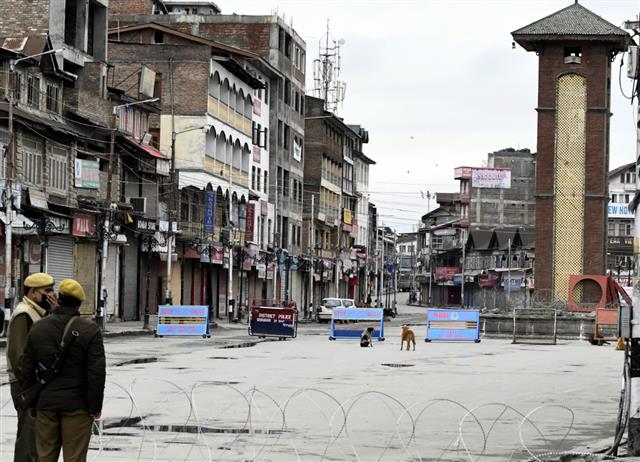 A 52-year-old man from Tangmarg died early Sunday morning at CD Hospital in Srinagar, taking Kashmir's death toll to two. He had no travel recent history---both abroad or local.

The latest victim came into the hospital, a designated coronavirus facility, complaining that he had a high fever and had breathing difficulties.

Doctors treating the patient said he was admitted to SMHS hospital on Wednesday and later referred to CD hospital, where he tested positive on Saturday.

He did not travel outside Kashmir recently, but officials said he met a couple who came back from Saudi Arabia in January, confounding doctors and giving rise to fears of a community spread of the virus.

“He said he met a couple who had come back from Saudi Arabia in early January.  It doesn’t actually make sense because the couple didn’t develop any symptom since then,” said a doctor, who was treating the deceased.

Meanwhile, the state's tally rose to 38 on Sunday morning.

"Five more positives cases confirmed in Kashmir - 2 from Srinagar, 2 Budgam, 1 Baramulla,” Kansal said in his second statement of the day.

As the state's tally continued to rise, Deputy commissioner Srinagar Shahid Choudhary asked the public not to panic.

“Now the situation as it unfolds is before us. My humble request to everyone: let’s not get scared by numbers, let’s redouble our efforts to win this battle together,” he said.

Kashmir recorded first coronavirus death after a Tablighi Jamat leader died on Thursday morning at CD Hospital, Srinagar. Eleven of his followers contracted the infection from him and later tested positive. A family member of one of his contacts also tested positive.

Health officials said the Tablighi leader travelled to several places in India for religious congregations and interacted with thousands of people, which they fear may have been the source of his infection.  His contacts were mostly restricted to Kashmir, but posed a major challenge to health officials.

The country’s tally meanwhile currently stands at 25 from 918 infections. India has yet to count the latest death from Kashmir among its coronavirus fatalities.