Law and order situation has improved, violence down in J&K: DGP Dilbagh Singh : The Tribune India

Law and order situation has improved, violence down in J&K: DGP Dilbagh Singh 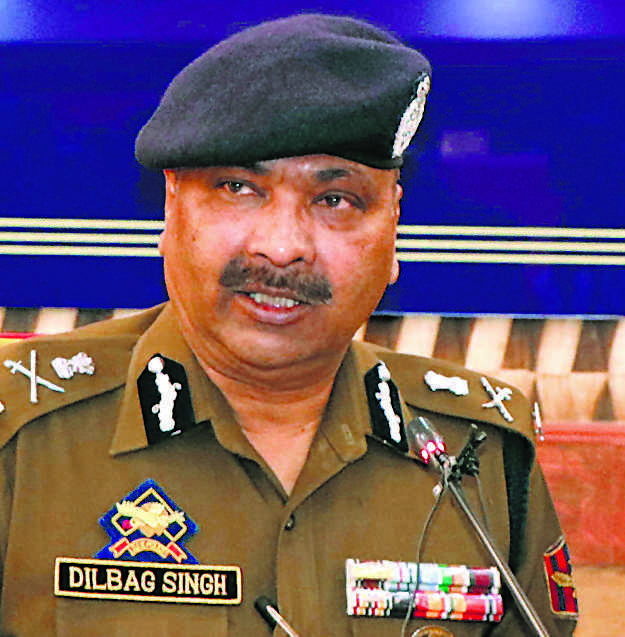 Notwithstanding recent killings of political workers and police personnel in Kashmir valley, Director General of Police, Jammu and Kashmir, Dilbag Singh on Friday claimed that overall law and order situation in the Union Territory had improved and violence level had come down.

“Law and order situation has improved significantly while violence has also come down. All security agencies are working in close synergy which is yielding good results,” DGP told mediapersons on the sidelines of the inauguration ceremony of an open air gymnasium under the civic action programme in Udhampur town.

Responding to a query over frequent shelling and firing along the borders with Pakistan, the DGP said the ceasefire violations by Pakistan had increased by 50-60 per cent as compared to last year.

According to official figures, Pakistan committed over 2,500 ceasefire violations along the Line of Control (LoC) this year till June 30.

The DGP, however, claimed the number of militants had come down. “We are committed to reducing the numbers (of militants) further. The border grid has strengthened from earlier times and we are working in close coordination with other agencies due to which cases of infiltration have reduced. One of our police officers lost his life in Anantnag but we have to continually engage in the battle against terrorism,” said the DGP.

He also said the police were fully prepared to deal with any situation in view of the first anniversary of abrogation of Article 370 on August 5.

“People have been cooperating with us. Situation will remain calm and peaceful in days to come,” said Singh.