Annual financial implication of the scheme pegged at Rs 123 crore 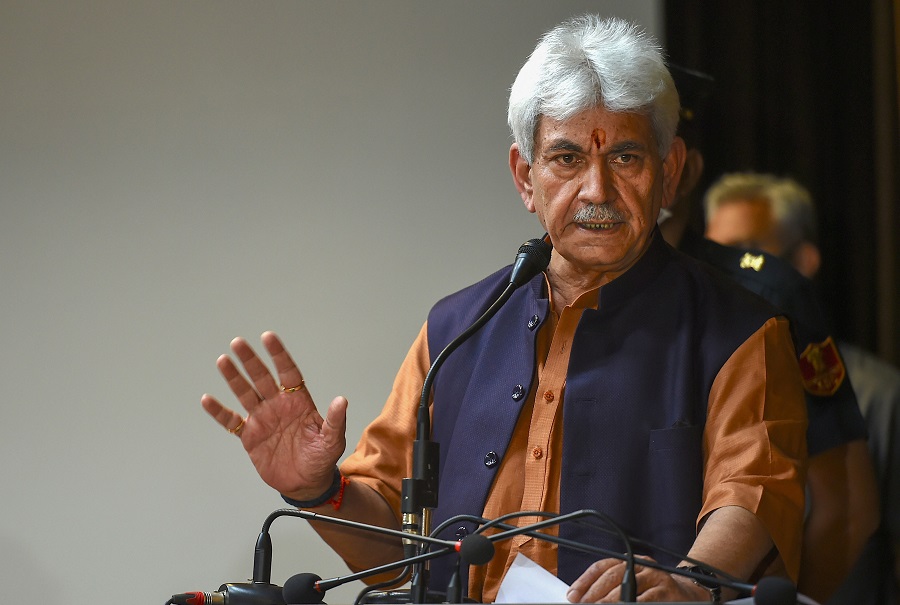 Jammu and Kashmir Lieutenant Governor Manoj Sinha on Friday announced a universal health insurance scheme, on the lines of the Centre's Ayushman Bharat, to cover the entire population of the Union Territory at an annual expenditure of Rs 123 crore.

The scheme will provide health insurance cover free of cost to all residents and shall include the serving and retired employees and their families as well, he said.

"Today, we have approved an important public health benefit proposal which is probably the first of its kind in the entire country. The Jammu and Kashmir Health Scheme will provide universal health coverage to nearly 70 lakh residents of the Union Territory who are not covered under the Ayushman Bharat scheme," Sinha told reporters here.

The LG invited suggestions from the public for naming the JK Health Scheme.

"We would like the name to be suggested by the people. A committee will be formed which will select the best name," he added.

Giving details, Administrative Secretary in the Health Department Atal Dulloo said the JK Health Scheme would have the same benefits as Ayushman Bharat, and beneficiaries can avail cashless treatment at all hospitals empanelled under the central scheme across the country.

Dulloo said the annual financial implication of the insurance scheme would be to the tune of Rs 123 crore.

Sinha also launched a pilot project for a public grievance redressal system in three districts of the Union territory – Srinagar, Jammu and Reasi.

"I believe that one of the most important things is to listen to the people and resolve their daily problems. We have launched JKIGRAMS (Jammu and Kashmir Integrated Grievance Redress and Monitoring Mechanism) – a revamped and decentralised grievance redressal system," he said.

The LG said while people can file and track their grievances in this system, the portal is linked with the CPGRAMS, in which grievances pertaining to the Union government can be forwarded to the Centre.

"In the revamped system, the deputy commissioners of respective districts will be the primary level of receiving, disposing and monitoring grievances. This will be a major step towards reform and decentralisation," he added.

The LG said monitoring dashboards will be with him and the chief secretary as well. "We may call some people to check the veracity of the official reports about disposal of grievances," he added.

Sinha also announced that all Deputy Commissioners and Superintendents of Police would be available in their offices from 10.30 am to 11.30 am every day, except for Wednesdays and Sundays, to hear public grievances.