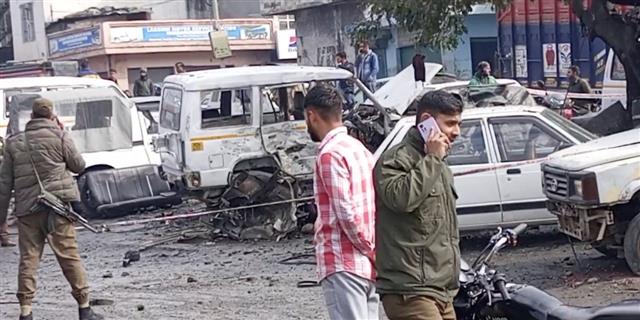 The blast site in Jammu.

Senior police officials briefed the Lt Governor about the blasts and on the investigation.

He called for taking urgent steps to identify and act against those responsible.

“Such dastardly acts highlight the desperation and cowardice of those responsible. Take immediate and firm action. No efforts should be spared to bring the perpetrators to justice,” the Lt Governor told the security officials.

He said the administration would ensure best possible treatment and every help to the affected.