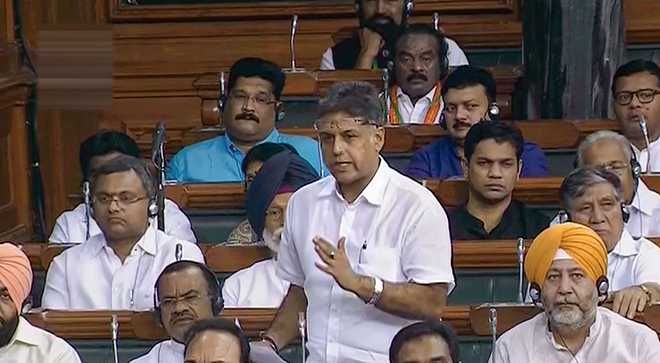 Accusing the government of discriminating against the Punjabi language, Anandpur Sahib Member of Parliament Manish Tiwari today said though many of its dialects were spoken in adjacent Jammu and Kashmir, the government had deliberately kept it out as the official language in the Union Territory.

Discrimination against Punjabi should be stopped in J&K and the language included as the official language, Tewari said as a zero hour mention in the Lok Sabha today.

The Union Cabinet had recently approved a Bill under which Kashmiri, Dogri and Hindi, apart from the existing Urdu and English, would be the official languages in J&K. Union Minister Prakash Javadekar said the Jammu and Kashmir Official Languages Bill, 2020, would be introduced in the upcoming Monsoon Session of Parliament.

While the government said it was the long-pending demand of the region to include Dogri, Hindi and Kashmiri as official languages, the BJP-led Centre’s move took many by surprise and triggered demands for the inclusion of more languages in the proposed legislation.