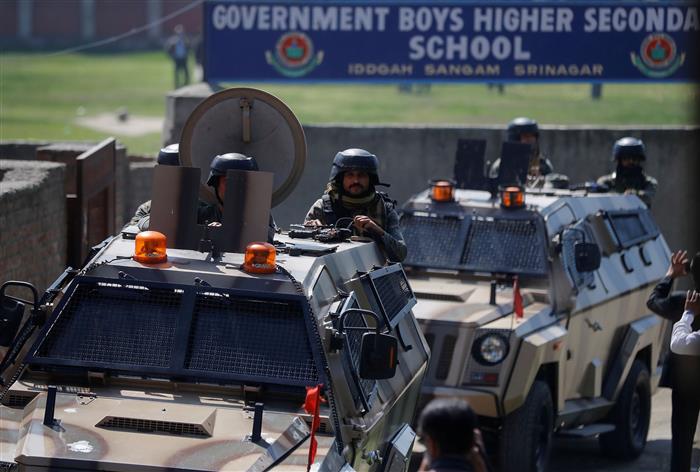 In a massive crackdown in Jammu & Kashmir after the recent spate of civilian killings in the Union Territory (UT) officials in the security forces confirmed that the police have made preventive detention of over 700 “anti-social elements”, as majority of them are believed to have links with religious and terror groups.

According to sources in the security establishment, around 70 youths have been detained in Srinagar and in total over 700, believed to have links with the banned terror outfit, Jamaat-e-Islami, or are suspected overground workers (OGW), have been picked up from Srinagar, Budgam or other areas in southern Kashmir.

One of the senior officers of J&K Police, while confirming about the detentions, is reported to have said the action has been taken to “break the chain of attacks” in the Valley. He also indicated that the recent attacks might be due to an increase in radicalism following the Taliban’s take over in Afghanistan.

Among those detained include several youth having records of indulging in stone pelting and other anti-social activities, the officials said, adding that they all are being questioned now.

The Centre has also dispatched top officials of the Intelligence Bureau to Srinagar to coordinate operations against terrorists.

Of the six civilians killed in the last five days, four were from minority communities and six of the deaths took place in Srinagar. A woman principal and a teacher were shot dead at point blank range inside a government school in Srinagar on Thursday.

Makhan Lal Bindroo, a prominent Kashmiri Pandit and owner of Srinagar’s most famous pharmacy, was shot dead at his shop on Tuesday. A street vendor, Virendra Paswan from Bihar, and another civilian, Mohammad Shafi Lone, were also killed on Tuesday in Srinagar and in Bandipora respectively.

According to the Union Ministry of Home Affairs (MHA) data, a total of 28 civilians have been killed by terrorists so far in 2021. Of these, five persons belonged to local Hindu or Sikh communities and two were non-local Hindu labourers.