Militant behind selective killing of teachers in Srinagar shot dead 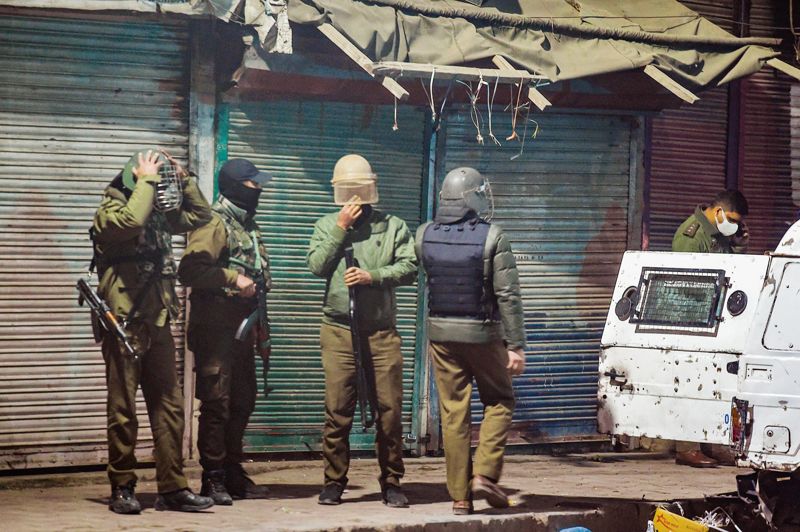 Security personnel stand guard after an encounter in Srinagar. PTI

A top TRF (The Resistance Front) commander, said to be responsible for the killing of school principal Supinder Kour and her colleague Deepak Chand in the school premises at Eidgah, Srinagar, on October 7, was among three terrorists killed in an encounter in Rambagh in Srinagar district on Wednesday.

Director General of Police Dilbag Singh said TRF commander Mehran was among those killed in the encounter after an operation was launched on the basis of specific information about the presence of terrorists in Rambagh. As security forces approached the terrorists’ hideout, they came under fire. In the retaliatory fire, all three utras were killed.

Meanwhile, a report from Jammu said the BSF had lodged a protest with Pakistan over violation of the International Border (IB) by sending drones across the border. The BSF delegation was led by Commandant Ajay Suryavanshi and the Pakistan delegation by Wing Commander Lt Col Aquil of 13 Wing Chenab Rangers, a BSF spokesperson said.

“During the meeting, the commanders discussed various issues, including maintenance of border pillars and latest infrastructure activities on the border, Pakistan drone operations and other activities,” he said. — TNS