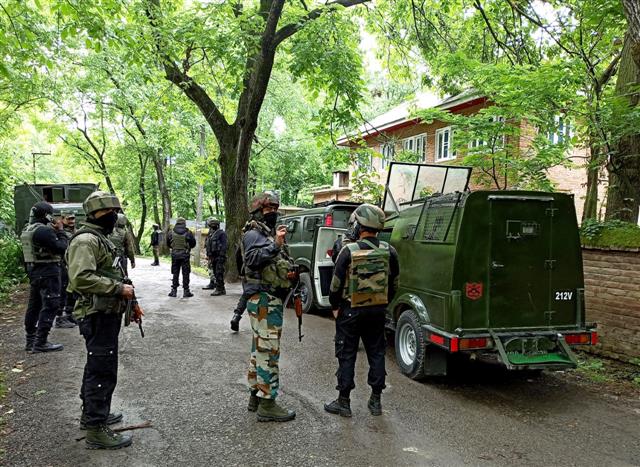 Two militants have been killed in gunfight with security forces near Tral in Pulwama district on Tuesday. Arms and ammunition have been recovered from the encounter spot.

Officials said a gun fight between security forces and militants had broken out in Sainmoh village. According to army, two militants have been killed in the joint operation.

Militants were given a chance to surrender. Announcements were made for them to surrender but militants opened fire resulting in the gunfight. Recently, security forces had successfully managed to thwart a suicide attack in the district with the detection of an explosive-fitted car.