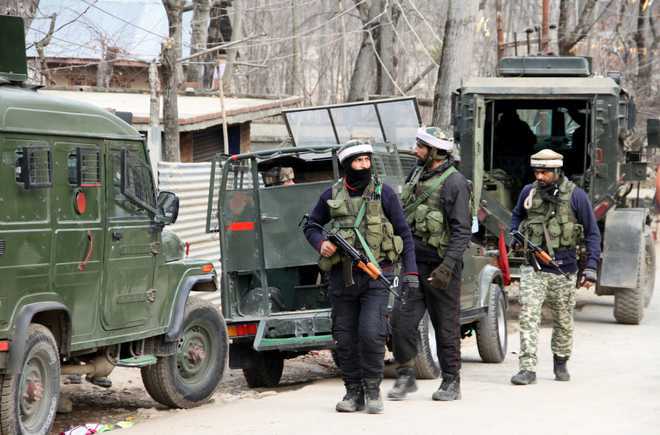 Unidentified militants opened fire on a convoy of the Central Reserve Police Force (CRPF) in Budgam district of the Union Territory on Friday. File photo

Unidentified militants opened fire on a convoy of the Central Reserve Police Force (CRPF) in Budgam district of the Union Territory on Friday. There was no casualty in the incident, officials said.

The CRPF convoy was on its way to Srinagar from Chadoora area in Budgam. According to officials, the firing incident took place in Kralpora.

BSF personnel averted a major tragedy when they defused two mortar shells in a border hamlet in Kathua district.

The incident has happened barely two days after a BJP councillor, Rakesh Pandita, was shot dead by militants in Pulwama district. Pandita was the municipal chairman of Tral. He was visiting a friend, Mushtaq Ahmad, when three militants fired at them. Ahmad's daughter was also injured in the incident. Pandita's killing had prompted the police functionaries to advise the protected persons in Kashmir to avoid moving out without their personal security guards.

A resident of Karol Biddu village along the International Border found the shells and immediately informed the police and the BSF, officials said.

According to the personnel of the Border Security Force, a major tragedy is averted. — PTI