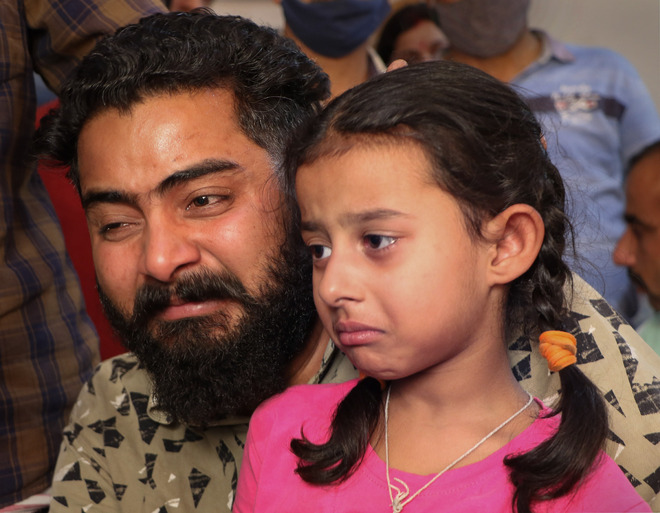 Brother and daughter of Rakeshwar Singh Manhas in Jammu. PTI

CRPF CoBRA commando Rakeshwar Singh Minhas, who has gone missing after the encounter with left-wing extremists in the Bijapur-Bastar forest area of Chhattisgarh, is from Jammu. The security agencies are trying to confirm the claims made by the Naxals that they have abducted him.

The encounter on Saturday afternoon left at least 22 security personnel dead and 31 injured with one CRPF jawan missing.

Senior officials in the security establishment said even as they had “sufficient reasons to believe” the claim made by a Naxal leader over phone on Sunday evening to a local journalist that they had abducted the jawan, as true, still efforts were being made to ascertain the fact.

A senior security official said, “So far, we are not able to locate commando Rakeshwar Singh Minhas of the 210th CoBRA battalion. We do not have concrete evidence to substantiate the claim made by some Naxal elements that he has been taken away by them. Our teams are making all-out efforts to trace the missing commando.”

Officials said Minhas was part of the unit that went out for the anti-Naxal operation on Saturday morning. — TNS