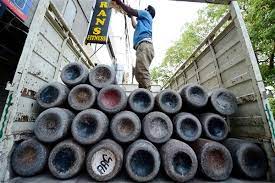 Oxygen demand has reduced by one-third in the state with barely 23 metric tonnes (MT) being used in the last few days as against the 70 MT utilized about three weeks ago.

This is attributed to a sharp decline in the hospitalized patients using oxygen and ventilator beds in the state. As against the availability of 4,124 beds in 58 facilities across the state, as many as 3,262 were vacant. Out of the 2,888 oxygen supported beds, 2,335 were vacant and as against 294 ICU beds 153 were vacant till last evening in the state, as per the statistics of the Department of Health and Family Welfare.

“The state is now surplus in liquid medical oxygen (LMO) as the demand has exponentially declined from 70 MT to 23 MT in the last few days. The demand had peaked to 70 MT about three weeks ago,” informed Arindam Chaudhary, who heads the Logistic Committee to monitor the availability of oxygen in all facilities.

In a bid to meet the burgeoning demand, new oxygen manufacturing plants were set up in the state. There were seven pressure swing adsorption plants and 13 private manufacturers now who produced about 82 MT oxygen per day.

“The Indian Oil Corporation has made available 10 cryogenic cylinders of 500 litres each as aid and they would be sent to Hamirpur, Una and Kangra districts. Another 20,000 kilo litre capacity liquid oxygen plant has also been set up at the IGMC, Shimla, to deal with future exigencies,” informed Chaudhary.

The state was also hopeful of getting approval of more than 20 oxygen plants under the Centre government’s ‘one district one plant’ initiative. This will further help enhance the availability of oxygen as a preparedness for a possible third wave.

Given the steady rise in its utility when the Covid peaked, the state had sought an additional quota of 15 MT from the Central government. This request was acceded to and its allotted quota was enhanced to 30 MT in mid-May.

Notably, the second wave had peaked from May 10-16 when an exceptionally high positivity rate of 28.9 per cent was registered. With the wave subsiding now, the positivity rate dropped to 5.3 per cent in the last week and number of patients cured far surpassed those testing positive on a daily basis.