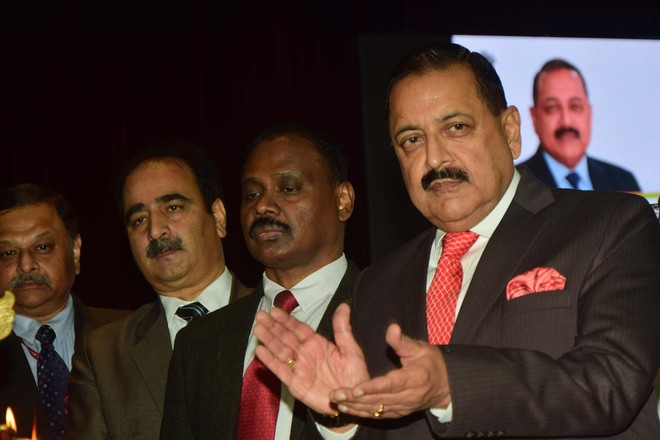 The Delimitation Commission, headed by Justice (retd) Ranjana Prakash Desai, today met the associate members (MPs) from Jammu and Kashmir and sought their views on redrawing the boundaries of parliamentary and Assembly constituencies of the newly carved-out Union territory.

The commission in an official release said that though it had sent invitations to all the five associate members from the UT to attend the meeting, only two of them — Union Minister Jitendra Singh, an MP representing Udhampur, and Jugal Kishore Sharma, who represents Lok Dabha from Jammu — came for deliberations.

It (Delimitation Commission) is a constitutionally constituted body. Any stand taken against it is itself unconstitutional. When a member refuses to attend the meeting, he is denying the voices of his electorate to be heard in this forum. — Jitendra Singh, Union Minister

The other three members — all National Conference (NC) members of Lok Sabha — did not attend the meeting, as they had announced yesterday that they would not take part in the deliberations owing to the fact that the law, under which they had been called, was being scrutinised by a five-judge constitutional Bench of the Supreme Court. The three members — Farooq Abdullah, Hasnain Massodi and Mohammad Akbar Lone — had communicated in writing to the Delimitation Commission in this regard.

Talking to media after the meeting, Jitendra Singh noted that proceedings were smooth and fruitful, but hit at the NC leaders saying: “It is a delimitation exercise and not a platform for political posturing. It does not even get registered with the Election Commission.”

The Union Minister said, “It (Delimitation Commission) is a constitutionally constituted body. Any stand taken against it is itself unconstitutional. When a member refuses to attend the meeting, he is denying the voices of his electorate to be heard in this forum.”

He went on to add: “On one hand, these members stand in Parliament and say that we should have an elected Legislative Assembly in J&K but when a positive headway is made in that direction, they refuse to cooperate. They owe an answer to people, who have sent them to Parliament.”

The commission on its part said an overview on the process of delimitation based on “the Jammu and Kashmir Reorganisation Act-2019 and Delimitation Act-2002” was presented before the members, which included details of various sections of these laws related to the exercise with respect to the UT of J&K.

“The two associate members appreciated the commission’s efforts and suggested that delimitation of constituencies shall be as far as practicable, be for geographically compact areas and while delimiting them regard shall be given to physical features; existing boundaries of administrative units; facilities of communication and public convenience,” it said, adding that suggestions were also made to give special attention to the difficult terrains, while mentioning that they would put forward more suggestions in coming days.