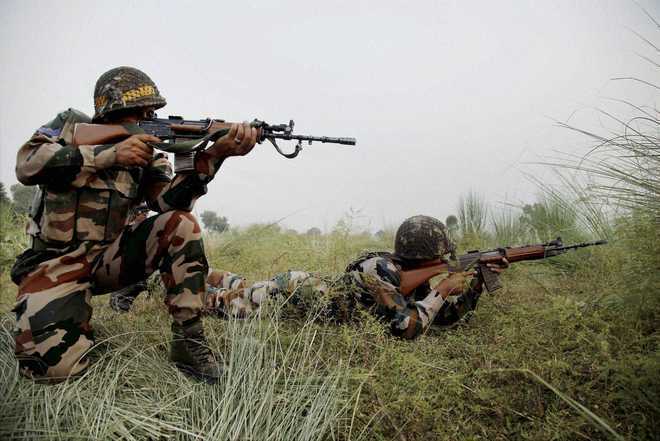 Pertinently, the Pakistani troops had made mover than 3,000 instances of ceasefire violations in 2019, the highest in the last one decade along J&K.

Hours after the maiden visit of Army Chief Gen Manoj Mukund Naravane to forward locations along the LoC in Poonch district, the Pakistani troops violated the ceasefire pact in the Gulpur sector.

“The Pakistani troops started firing small arms from across the border in the Khadi-Karmada of Gulpur sector in Poonch, which was befittingly retaliated by the Army. There are no reports of any casualty on this side,” a defence spokesperson said.

Pertinently, the Pakistani troops had made mover than 3,000 instances of ceasefire violations in 2019, the highest in the last one decade along J&K.

Keeping in view the sensitivity, the Army Chief visited the LoC in the Krishna Ghati sector and Bimbar Gali in Poonch district to review the prevailing situation on the ground, where he interacted with the troops and asked them to remain prepared for all contingencies.

“After takling charge, the Army Chief visited forward posts in the Siachen sector of Ladakh on January 9 and now his visit to the LoC in J&K signifies the strategic importance of the Northern Command as compared to other Commands,” a senior Army officer said.