The order rejecting the bail was given earlier this month but it was made available on Monday. 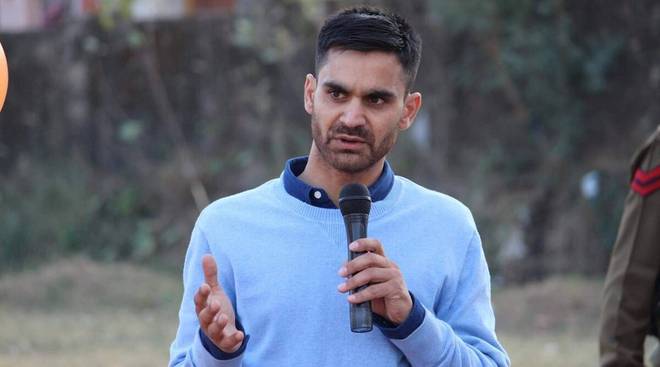 The bail application of PDP leader Waheed-ur-Rehman Parra, a close aide of former Jammu and Kashmir chief minister Mehbooba Mufti, has been rejected for the second time in five months by a special court which said "prima facie" terror charges levelled against the accused seem to be "true at this stage".

The 24-page bail order passed by the special NIA court here, however, rejected the contention of the prosecution that a fresh bail application should not have been entertained by the court as no fresh development has taken place since the last rejection in February.

While rejecting Parra's bail application, the special judge said the contention raised by the defence counsel "herein cannot be considered at this stage and the good grounds do not exist at this stage which would warrant the release of the accused herein on bail in view of the given facts and circumstances governing the matter in hand".

"... And at present I am satisfied in view of the material placed on the record that the alleged offences leveled against the accused/applicant (Parra) herein appears to be prima facie true at this stage," the order said.

The order rejecting the bail was given earlier this month but it was made available on Monday.

Parra's counsel Shariq Reyaz had urged for cancellation of the FIR under which the PDP leader had been arrested and contended that the same case was being probed by the National Investigation Agency, therefore rendering the probe by police as "void ab-initio and non-est" (having no legal validity from the beginning) in law.

The counsel said the material relief by the police against Parra was the sum and substance of the NIA charge sheet filed in a Jammu court from where he has already been granted bail.

The counsel contended before the court that Parra comes from a respectful family with a clean track record and being a political figure of eminence having deep roots in the soil will not jump the bail or fleeing from justice, in case the court grants it.

The defence counsel stressed the fact that his client was a political worker and a member of a regional political party --PDP -- who was duty-bound to interact with the general public. Listening to "the grievances of the public is the job of politicians irrespective of the fact whether the interacting person is a good citizen or a criminal or whatsoever. The interaction of the politician with party members or voters does not amount to any offence", he contended.

Countering the argument of defence counsel, the prosecutor pointed out that there have been statements recorded of some of the witnesses during the course of the investigation conducted so far that have brought out a "startling revelation of the tapestry of direct and willful quid-pro-quo between the accused and active militants".

The prosecutor again highlighted that Parra "had contacts across the border, suspected to be his associates and handlers in Pakistan as well with anti-national elements which includes secessionists/terrorists as well as in the UK and other parts of the world.

It also surfaced that he had funded various anti-national outfits through different conduits and having them on his side and using their illegal power and influence in the society to his personal and political benefit.

The judge in his order rejected the contention of Parra's counsel for quashing of the FIR and said "to the understanding of this court quashing of FIR is out of the jurisdiction of this court and the issue raised can only be properly addressed after the trial of the case and it is premature stage to assess and decide" whether the two cases -- one probed by the NIA and the second by police -- are the same or not.

The judge said that the points raised by the defence counsel can only be addressed during the course of the trial.

The designated court has also framed charges against Parra which included allegedly being a member of a terror group, raising funds for them as well as aiding an outfit. He was also charged under sections related to waging war against the country, spreading disaffection against the government and criminal conspiracy.

"I have gone through the police report as well as the statements of the witnesses of the prosecution and have applied my mind into the present facts and circumstances levelled in the police report...as well as statements of the witnesses and the digital evidence against the accused, there is sufficient evidence against the accused for alleged commission of offences...," the judge had said in his order while framing the charges against Parra. PTI