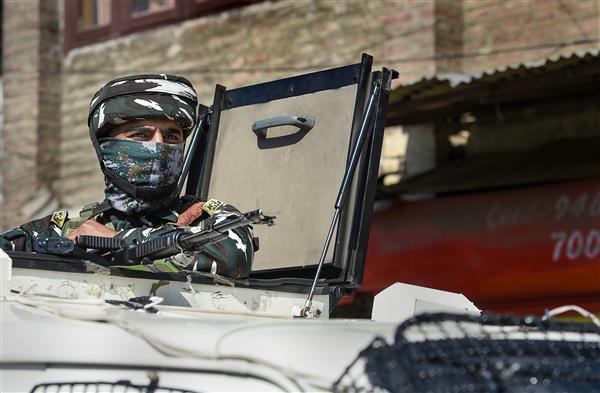 Security personnel stands guard after a militant attack at Khanayar in Srinagar, on Sunday, September 12, 2021. PTI

A police officer was shot dead from point-blank range by a militant in the Khanyar locality of the city on Sunday, officials said.

They said the militant fired at the officer and injured him. He was rushed to SKIMS in Soura but succumbed to injuries, they added.

The incident took place at around 1.35 pm, the officials said.

The deceased officer has been identified as probationary sub-inspector Arshid Ahmad who was posted at police station Khanyar, the officials said.

The CCTV footage of the incident shows a militant shooting the officer at least twice from behind from point-blank range at a marketplace in Khanyar, they said.

The officials said the area has been cordoned off and a hunt launched to nab the attacker. PTI