Ravinder Raina: BJP fully prepared to fight Jammu and Kashmir Assembly poll on its own 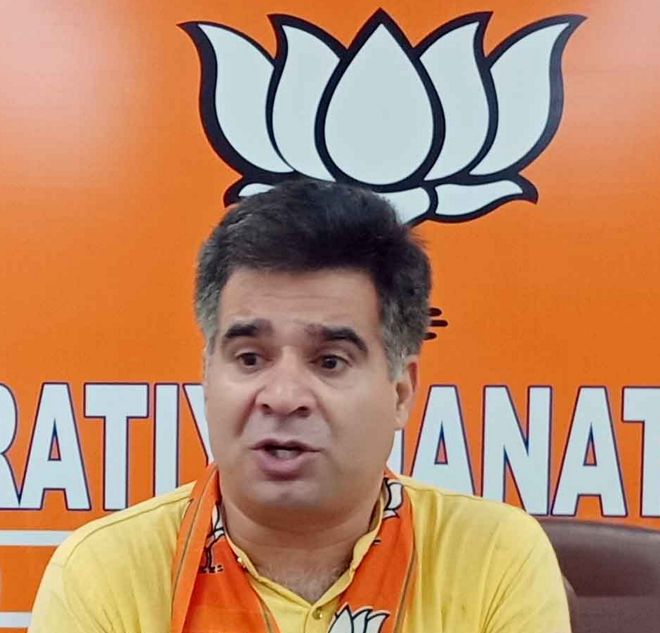 Jammu and Kashmir BJP president Ravinder Raina on Wednesday said his party would fight the upcoming Assembly elections on its own strength to form the next government in the Union Territory.

He said the BJP was fully prepared for the polls, which would be announced after the completion of the delimitation exercise, and had set a target of 50-plus Assembly seats.

“The BJP will fight the upcoming Assembly elections on its own strength and there will be no alliance with anyone,” Raina told mediapersons after addressing a workers’ convention in Doda district.

Raina, who is at present on a tour of various districts as part of the party’s mass contact programme and mobilising its workers ahead of the polls, said the party had to stitch an alliance with the Peoples Democratic Party (PDP) after the last Assembly elections after it fell short of its mission of 44-plus seats.

“Prime Minister Narendra Modi-led government had worked tirelessly to mitigate the problems of the people over the past seven years. The welfare schemes launched by the BJP government have benefited every section of the society under the slogan of ‘Sabka Saath, Sabka Vikas and Sabka Vishwas’,” he said.

He said the BJP’s mass outreach campaign was underway, besides the district and ward-level party workers’ convention.

“We are fully prepared for the Assembly polls, which will be announced after the completion of the ongoing delimitation exercise. We have taken a pledge to cross 50-plus seats to form the next government with a thumping majority. The next chief minister will be from our party,” he said.