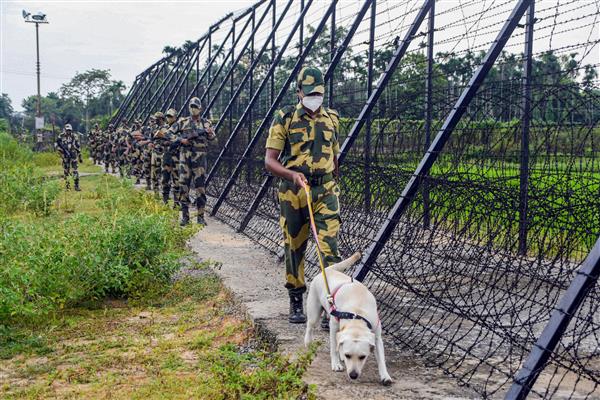 In wake of intelligence input received that terrorists may try to infiltrate through International Border (IB) with Pakistan ahead of Republic Day, the Border Security Force (BSF) is focusing on cross-border tunnels in Jammu that have in the past been used for infiltration and smuggling of drugs and arms.

BSF secures nearly 192 Km of IB in Jammu division and also has outposts along Line of Control (LoC) in some areas along with the Army. BSF, Inspector General (Frontier) DK Boora said “Last year has been achievement oriented with detection of tunnels and seizure of huge caches of arms, ammunition and narcotics. The aim of terrorists to spread disharmony by carrying out nefarious activities stands thwarted”. Two tunnels on IB were detected by the BSF last year in January.

He said that keeping in view the forthcoming Republic Day and security situation to deal with any nefarious attempt of anti national elements from across the border, troops of BSF Jammu frontier have been on high alert since last week.

He informed during a media briefing that keeping in mind the Intelligence inputs on the eve of Republic Day, BSF Jammu has been carrying out extensive anti-tunneling drive, special patrolling and depth area domination despite extremely hostile weather conditions.

BSF is also leaving no stone unturned to stop the menace of drone attacks and droppings in Jammu by keeping a watch on the activities of terror organizations in Pakistan. The BSF is also holding regular coordination meetings with villagers along IB.

In wake of threat from drones, the border population is being made aware of this new technique used by terrorists. BSF has since last year carried out at least 144 drone awareness programmes in border areas. Live demonstration on dropping of consignments by drone is shown during the awareness drives.