Retrieving Pak-occupied Jammu and Kashmir is next on agenda: Jitendra Singh 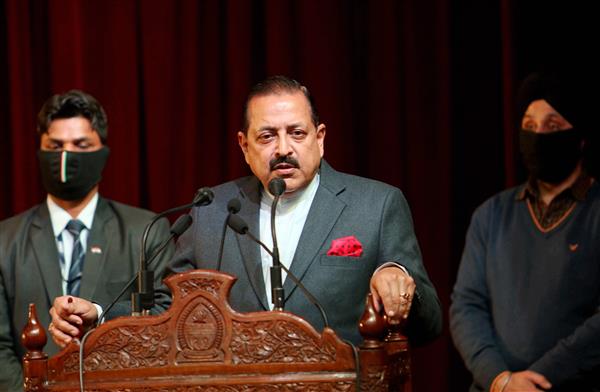 Union minister Jitendra Singh on Sunday said retrieving Pakistan-occupied Jammu and Kashmir (PoJK) is next on the agenda.

Addressing the ‘Mirpur Balidan Diwas’ programme dedicated to PoJK displaced persons here, he said the leadership which has the capacity and the will to abrogate Article 370, also has the capacity to retrieve PoJK from the illegal occupation of Pakistan.

Speaking as the chief guest, the minister said the partition of Indian subcontinent was the greatest tragedy in the history of mankind and added that while India suffered the tragedy of partition, Jammu and Kashmir suffered the second tragedy of losing out a part of the erstwhile state to illegal occupation of Pakistan.

“Retrieving Pakistan-occupied Jammu and Kashmir (PoJK) is next on the agenda,” Singh said.

He said it was always believed and said that Article 370 would never be abrogated but under the leadership of Prime Minister Narendra Modi, this was made possible and in the same way the resolve to retrieve PoJK would also be accomplished.

Singh, the Minister of State in the Prime Minister’s Office, said, retrieving PoJK is not only a political and national agenda, but also a responsibility towards the respect for human rights because “our brethren in PoJK are living in inhuman conditions” and have been mercilessly denied even basic amenities like healthcare and education.

He said the then Home Minister Sardar Vallabhbhai Patel took over the responsibility of accession of over 560 princely states at the time of independence and successfully accomplished it but he was kept out of Jammu and Kashmir because Prime Minister Jawaharlal Nehru wanted to handle J&K at his own level.

Even after Pakistan attacked J&K in the autumn of 1947, Nehru was hesitant to send Indian forces to Jammu and Kashmir and it was only after empathic intervention by Sardar Patel that the first contingent of Sikh Regiment landed in Srinagar, said Singh, who is also Lok Sabha member from Jammu and Kashmir’s Udhampur constituency.

Deviating from the propriety of collective decision-making, Nehru had on his own declared unilateral ceasefire just when the Indian forces were about to retrieve the entire territory of Jammu and Kashmir captured by Pakistan, he said.

PoJK would have never happened if only Patel was given a free hand in Jammu and Kashmir, Singh said.

On the occasion, a camp was also organised to make domicile certificates for the members of PoJK community living in Delhi.

The minister asked every member of the displaced community of PoJK to get their domicile certificate as it not only entitles them to certain opportunities and privileges but also gives them a sense of identity and esteem. PTI