Security forces on high alert in Jammu after militants escape during encounter : The Tribune India 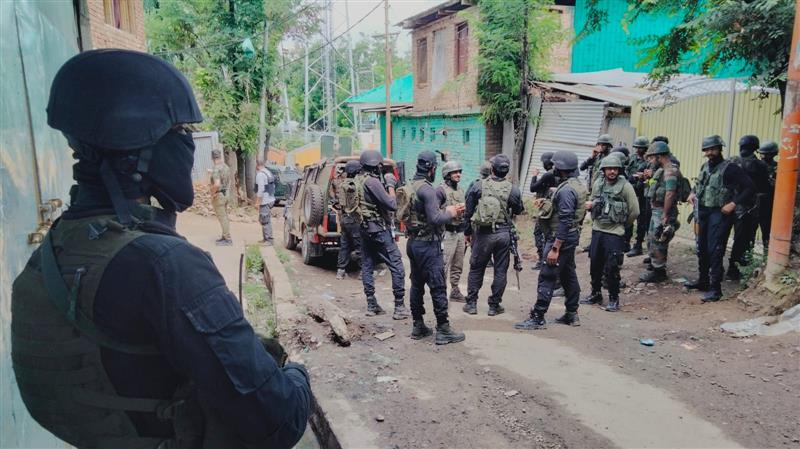 Security forces and police have intensified operation to track down terrorists, who managed to escape from the cordon after a brief gunfire encounter in Rajouri district, sources said.

Security forces had on Sunday located a group of two to three terrorists in Sojan forest area of Samote in Rajouri and laid a siege to neutralise them, they said.

Terrorists fired on the security forces during the cordon-and-search operation but managed to escape using heavy rain and bad weather conditions as cover, they said.

Forces had now intensified the operation to track down the terrorists, who might be trying to find new targets in the area, they said.

Security forces and police had been put on high alert in view of movement of two suspected persons around Rajouri, particularly around security forces area, on Tuesday, they said.

Agencies also spotted two suspected persons, including one carrying a bag, in CCTV footage, they said.

On August 11, two terrorists had attacked an army camp in Rajouri, killing four soldiers, in a pre-dawn suicide strike that marked the return of ‘fidayeen’ to Jammu and Kashmir after more than three years.

Both the terrorists, believed to be from the Pakistan-based Jaish-e-Mohammed, were shot dead after an over four-hour gun battle.