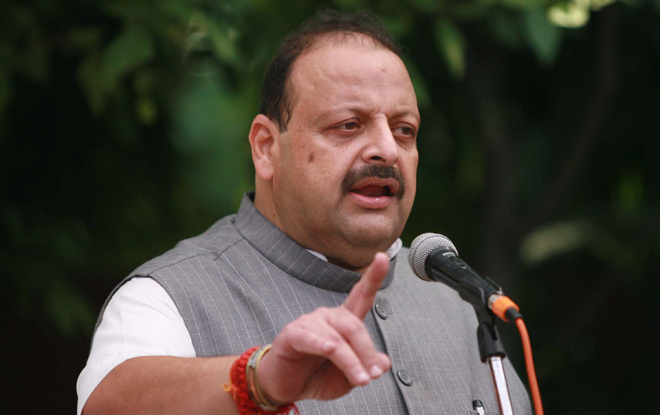 Devender Singh Rana, three-time legislator and the longest serving provincial president of the J&K National Conference in Jammu, resigned from the primary membership of the party, along with another leader, Surjeet Slathia, on Sunday. The two may join the BJP this week.

Rana, who became the NC provincial president in Jammu in 2011 after serving as political adviser to former J&K CM Omar Abdullah, told The Tribune that he would change his political course in the coming days. He did not say if he would join the BJP.

Asked why he left the NC, which suffered a huge jolt with his exit today, Rana said his pursuit of the proposed Jammu Declaration would be his political philosophy going forward. The declaration was proposed in January this year.

Describing it as a political road map emanating from Jammu, Rana said the concept was key to restoring J&K’s inclusiveness to its pristine glory.

“Everyone irrespective of region, religion or caste must have equal rights on resources and in governance. Fair play and justice should not only be the bedrock of the political system but even the perception of one being appeased at the cost of other due to politico-strategic expediencies should become an imperative of the past,” he said, adding that Jammu region had hugely suffered on all these counts over the decades.

A J&K NC spokesperson said the resignations had been accepted by party chief Farooq Abdullah and no further action or comment was needed.