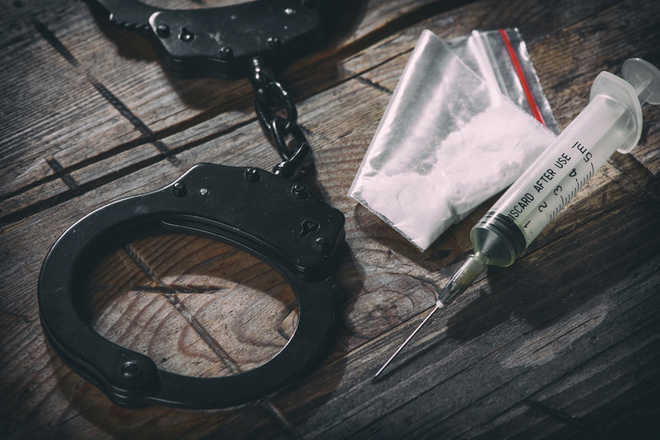 An alleged drug peddler was arrested along with charas and Rs 14.35 lakh in Reasi district of Jammu and Kashmir on Sunday, the police said. Bashir Ahmed of Chak Bhagta village in Katra was riding a two-wheeler when he was stopped for checking by a police team at Sool-Kakriyal. Ten rolls of charas and Rs 2 lakh were recovered from him, said Shailender Singh, Senior Superintendent of Police (SSP), Reasi.

He said a case under the NDPS) Act was registered against Bashir, who during preliminary questioning disclosed that he had collected Rs 12.35 lakh more after selling drugs to the youth and had kept the money at his home.

A raid was carried out and the money along with 16 rolls of charas were seized from his house, the Senior Superintendent of Police said, terming his arrest and the recovery a “big success” in the drive against the drug menace in the district.

Under the drive, the SSP said they had registered 205 NDPS cases against 249 offenders since March 2021.

“To deal with drug abuse, we need a multipronged strategy and the Reasi police are working on it,” he said, adding their doors were always open for addicts who were ready to shun the path of drug abuse. They would be sent to de-addiction centres on priority for their rehabilitation, he said.

Another peddler was arrested on Sunday and over 14 gm of heroin were recovered from his possession at the main bus stand here.

Jaleel Ahmad of Reasi was found moving in a suspicious manner and was accordingly searched and questioned that led to the recovery of the narcotic substance, a police official said. — PTI

Reasi SSP Shailender Singh has termed the arrest and seizure a big success in the drive against the drug menace in the district. Under the drive, the SSP said the police had registered 205 NDPS cases against 249 offenders since March 2021.